Legacy Records to Release a P!NK Wave of New Vinyl! 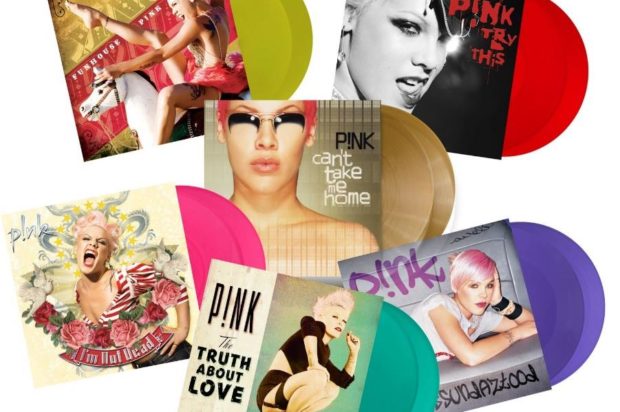 DOUBLE LP 12″ COLOURED VINYL EDITIONS TO INCLUDE: I’M NOT DEAD, FUNHOUSE AND
THE TRUTH ABOUT LOVE 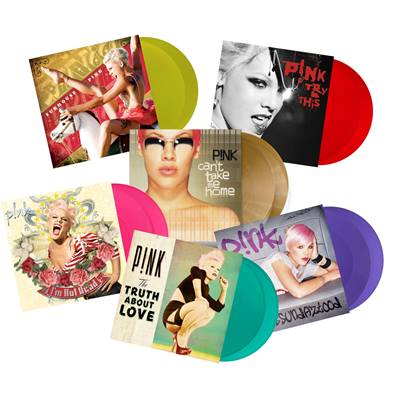 Legacy Recordings, the catalogue division of Sony Music Entertainment Australia, and LaFace Records, have announced the second wave of the highly-anticipated P!NK coloured vinyl series, with three of P!NK’s original studio albums, I’M NOT DEAD, FUNHOUSE, and THE TRUTH ABOUT LOVE set to be released on limited edition 2LP 12″ coloured vinylnumbered packages for the very first time on Friday, May 4th 2018.

The three new vinyl editions, wholly complete the set of P!NK’s essential six solo studio album catalogue on 12″ coloured vinyl which began last October with the release of CAN’T TAKE ME HOME, M!SSUNDAZTOOD,and TRY THIS. All six albums in the P!NK 12″ coloured vinyl series, were remastered for the project at the acclaimed Battery Studios in New York byVic Anesini. Buy the already released vinyl sets and pre-order the new editions HERE.

P!NK’s fourth studio album, I’M NOT DEAD, was released in April 2006, shattered P!NK’s self-imposed three-year hiatus. Much more than a hugely successful comeback record, I’M NOT DEAD was a declaration of P!NK’scommitment to pop-rock excellence, merging provocative lyric content to deep dance grooves. The album features the notorious ‘Stupid Girls’, a Top 5 hit in Australia that earned the artist an MTV Video Music Award for Best Pop Video, and additionally the record produced another Top 5 smash hits, ‘U + Ur Hand’, ‘Who Knew’, ‘Dear Mr. President’, and ‘Leave Me Alone (I’m Lonely)’. Certified 11 x platinum in Australia, I’M NOT DEADspent 62 consecutive weeks in the Top 10 on the ARIA Albums Chart, and became the #1 top-selling album by an American or a female artist for two years in a row (2006 and 2007).

Released in 2012, P!NK’s sixth studio album, THE TRUTH ABOUT LOVEfeatured guest artists Eminem, Lily Allen, and Nate Ruess (from Fun) and debuted at #1 in Australia where it became the year’s top-selling album.THE TRUTH ABOUT LOVE was 2012’s seventh best-selling record in the world. The first single from the album, the ARIA triple platinum certified‘Blow Me (One Last Kiss)’, reached the #1 spot on the ARIA Singles Chart. The second single, ‘Try’ echoed that success, while ‘Just Give Me a Reason’ the album’s third single, also reached #1.

Since her debut in 2000, P!NK has released 7 studio albums, 1 greatest hits album, sold over 50 million albums equivalents, over 75 million singles, over 2.4 million DVDs worldwide. In Australia, she has sold over 4 million albums, over 4.1 million singles, 1.1 million DVDs, and 226 million streams. She has had 5 Number 1 Albums, 7 Number 1 singles, and 12 singles in the Top 10 on the Australian charts. (Four at #1). In addition, she is the recipient of three Grammy Awards (19 nominations), one Daytime Emmy Award, three Billboard Music Awards, six MTV Video Music Awards, two MTV Europe Awards, two People’s Choice Awards, named Billboard’s Woman of the Year in 2013 and has sold out arenas all over the world. Her seventh studio album, BEAUTIFUL TRAUMA, debuted at #1 on ARIA Albums Chart, and marked a career high for first week sales. Additionally, the album debuted at #1 in 10 other countries, on Billboard’s Top Album Sales Chart and Digital Albums Chart. The first single, ‘What About US’received a Grammy nomination for Best Pop Solo Performance and reached #1 on the Adult Pop Songs chart earning her ninth leader on the chart, the most number-ones at the format for a female (second overall).

P!NK is a huge supporter of various charities, including, Make a Wish Foundation, Autism Speaks, Human Rights Campaign, and No Kid Hungry. She remains on the UNICEF team as an Ambassador.

P!NK is set to bring her 2018 Beautiful Trauma World tour down under in July and August this year, with the international superstar ready to entertain Australian audiences with an exhilarating new show. To keep up to date with all touring and ticketing information, go HERE. 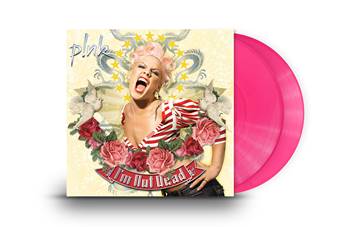 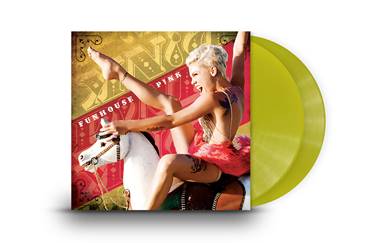 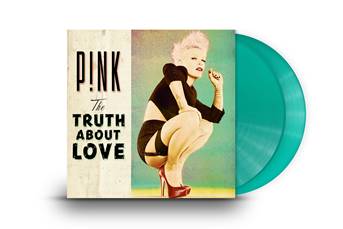