books Celebrity JACKIE COLLINS romance tribute by Caroline Russo | on September 20, 2015 | 0 comments | in tribute | Like it 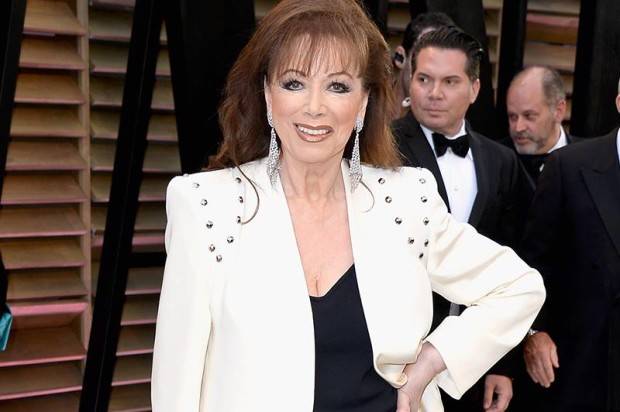 The sad news of one of one of the worlds biggest writers “Jackie Collins” has passed away at 77 with battling breast cancer.
A statement was released today earlier saying.”It is with tremendous sadness that we announce the death of our beautiful, dynamic and one of a kind mother, Jackie Collins, who died of breast cancer today,” the Collins family tells PEOPLE in a statement.

Jackie latest book, The Santangelos hit shelves in June – it was her family, including her sister, actress Joan Collins, brother, Bill, her daughters and six grandchildren that brought her the most pleasure it was said as she gave a exclusive interview to People Magazine before she died. “I love being with my family,” she said. “I love sitting out by the pool and watching my [grandkids] play.”
Collins had written five books before she died and had no regrets as she had a full life and will leave a great legacy of her work behind her.

Memorial services in both the United States and the United Kingdom will be held privately. The Collins family asks that in lieu of flowers, donations be sent to the Susan G. Komen Breast Cancer Organization (in the U.S.) and Penny Brohn Cancer Care (in the U.K.).