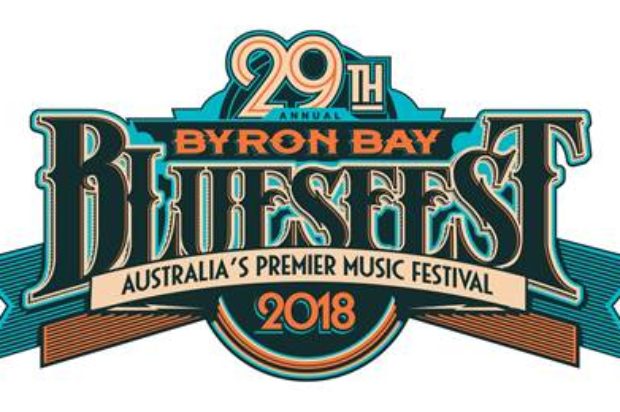 The 2018 Bluesfest line up has been rounded out with the last-minute addition of celebrated Soul singer Leon Bridges and a handful of other gifted artists.

Since arriving on the scene with his Grammy nominated album ‘Coming Home’ in 2015, Bridges has become one of the most beloved and critically acclaimed singers of his generation. With two sold out Australian tours under his belt, there is no doubt audiences here are hungry for more of his incredible talent.

He’s an up and coming rock star with the voice of an angel, who counts Ed Sheeran among his biggest fans, so it’s with great excitement that Bluesfest welcomes Ryan McMullan to the festival in 2018.

The huge voice of Clarence Bekker is heading back to Bluesfest in 2018! Bekker is a singer and songwriter of Soul and Reggae music; and a vocalist in Playing for Change. From 2009, he had toured the world with a message of peace through music in more than 300 concerts, including many celebrated performances at Bluesfest.

Tay Oskee won the Byron Bay Busking comp in 2017, so organisers are delighted to welcome him back with a spot on their line up in 2018. Tay is a multi-instrumentalist playing a variety of guitars, banjo, harmonica and percussion. With a musical style that is wide and varied Tay can take you on a journey from chilled beach tunes to punchy riff driven roots music with distinctive multicultural influences.

She wowed everyone who saw her Busking Comp sets and went on to take the Grommet Busking Prize home in 2017, there is no doubt Molly Millington is a force to be reckoned with! Molly fuses country and folk with a little quirky pop to create dark, yet playful tunes

“Here goes. Today is a special day – we are having another Bluesfest announcement.
This has become such a special year… full of amazing artists, Grammy Winners past and present… plenty of great female artists, like Ms. Lauryn Hill, Kesha, Sheryl Crow, Melissa Etheridge, First Aid Kit AND Australia’s wunderkind Tash Sultana… just to name a few.

We have got it covered from the Legends to the latest contemporary artists… Lionel Richie and Robert Plant… to the John Butler Trio and Ms. Lauryn Hill… from Boomerang, our indigenous festival within a festival, to just about the best artist bill we have had so far. It’s not hard to see why – we have been nominated Best International Music Festival by the American Pollstar Awards – SIX TIMES IN A ROW.
And here we go with more great artists. Grammy nominated Leon Bridges represents the future of Soul & Gospel music, and we are proud to announce he will be doing two shows at Bluesfest 2018, next Easter…his career is heading for the stratosphere.

You may not know Belfast’s Ryan McMullan – BUT, Ed Sheeran sure does. He added him to his recent European tour as opener and has in many ways been the catalyst for the new interest in Ryan. We are hearing Ryan may be on a few of the upcoming Aussie dates with Ed. Simply, he sings like an angel – and writes songs that the world needs to hear… Snow Patrol’s singer Gary Lightbody says…” One of the most exciting artists to come out of Northern Ireland”. Not too bad to have in your resume.
Our Bluesfest Busking competition has produced so many amazing artists who have gone on to bigger and better things – Kim Churchill, Minnie Marks & Lucy Gallant to name a few. The 2017 winner Tay Oskee is set to continue in that company – he’s a don’t miss – check him out at Bluesfest.

Tickets are selling fast – we are expecting one of our best Bluesfest’s at our 29th edition.
See you there”.

Music lovers from across Australia will visit the beautiful Tyagarah Tea Tree Farm, just outside Byron Bay over the Easter long weekend (Thursday 29th March to Monday 2nd April 2018) for the 29th Annual Bluesfest. During the Festival they will enjoy 12 hours of music each day on multiple stages, incredible food and market stalls and on site camping in a range of accommodation options.

THE 2018 ARTIST DAILY PLAYING SCHEDULE IS AVAILABLE ON BLUESFEST.COM.AU

Festival and Camping tickets are now on sale through bluesfest.com.au or by phoning the Bluesfest office on 02 6639 9800