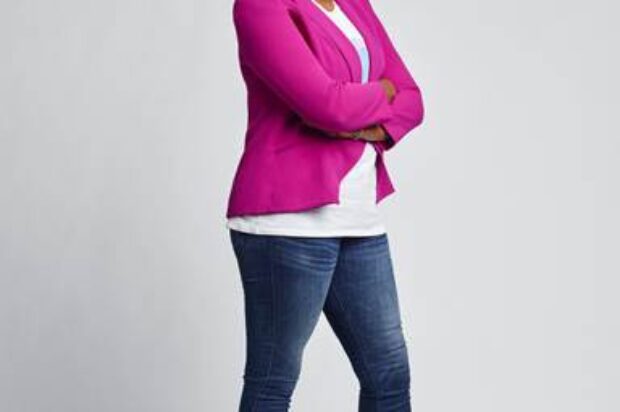 Description automatically generatedMTV today announced that renowned, Emmy®-nominated comedian Leslie Jones will take the stage to honour the biggest and best moments in movies and television as she hosts the 2021 MTV Movie & TV Awards, airing live from Los Angeles on Monday, 17 May 16 at 11am on MTV. Known for her unmatched comedic style, Leslie has entertained audiences for years with roles on SNL, Ghostbusters and Time Machine, and is currently nominated for her first MTV Movie & TV Award for “Best Comedic Performance” for her role in Coming 2 America. Leslie joins the ranks of iconic show hosts, including Dwayne “The Rock” Johnson, Tiffany Haddish, Kevin Hart and Adam DeVine.

Currently, Leslie is the host and executive producer of Supermarket Sweep on ABC and can also be seen opposite Eddie Murphy in Coming 2 America, now streaming on Amazon Prime. In 2020, Leslie received a People’s Choice Award for her Netflix one-hour comedy special, Time Machine. Prior to this, Leslie hosted The BET Awards, voiced the lead villain role of ZETA in AngryBirds 2, and was in the cast of Ghostbusters.

Following the Movie & TV Awards on Monday, 17 May, MTV will air the inaugural Movie & TV Awards: UNSCRIPTED on Tuesday, 18 May, a first-of-its-kind celebration of all things reality television. Over-the-top, funny and completely fresh, the night will celebrate the jaw-dropping, no-rules, drama-filled moments from our favorite reality shows.

Fans can now vote for their favorites across 25 gender-neutral categories including “Best Kiss,” “Breakthrough Performance,” “Best Show,” and more by visiting vote.mtv.com through April 30, 2021. Additional details about the 2021 “MTV Movie & TV Awards” and “Movie & TV Awards: UNSCRIPTED” will be announced in the coming weeks.

MTV TV & Movie Awards: Unscripted
Premieres Tuesday, 18 May At 11am On MTV.