Hugo Weaving Liam Hemsworth Premiere Rebecca Gibney The Dressmaker by Caroline Russo | on September 9, 2015 | 0 comments | in Film | Like it LIAM HEMSWORTH will return to Australia this October to celebrate the release of the new comedy-drama THE DRESSMAKER, alongside co-stars JUDY DAVIS, HUGO WEAVING and SARAH SNOOK.

The Australian Premiere of THE DRESSMAKER will be held on Sunday October 18 at Village Cinemas Crown in Melbourne where the stellar cast will be joined on the red carpet by their highly-acclaimed filmmaking team, including Director JOCELYN MOORHOUSE, Producer SUE MASLIN and the bestselling author of THE DRESSMAKER, ROSALIE HAM.

Shot entirely in Victoria Australia, THE DRESSMAKER has gone on to attract worldwide attention with the film selected to celebrate its World Premiere at the prestigious Toronto International Film Festival on September 14.

Following its international debut, THE DRESSMAKER’s Australian Premiere will mark the film’s highly anticipated return to Victoria where production took place across the state with the support of over 140 crew, 35 cast and 350 extras. 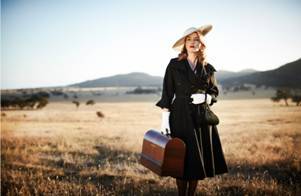 “The cinematic beauty and charm of The Dressmaker is a shining example of the talent and creativity that emanates out of Victoria. Film Victoria is delighted to have supported Sue Maslin and Jocelyn Moorhouse in bringing Rosalie Ham’s much-loved novel to life,” says Jenni Tosi, CEO, Film Victoria.

The lead cast and crew will also head to Sydney for a special Red Carpet Screening presented by Marie Claire on Tuesday October 20 at Event Cinemas George Street.

Opening in Australian cinemas on October 29, THE DRESSMAKER stars Kate Winslet as Tilly Dunnage, a glamourous woman who returns home to the tiny middle-of-nowhere town of Dungatar to right the wrongs of the past. Not only does she reconcile with her ailing, eccentric mother Molly (Judy Davis) and unexpectedly falls in love with the pure-hearted Teddy (Liam Hemsworth), but armed with her sewing machine and incredible sense of style, she transforms the women of the town and in doing so gets sweet revenge on those who did her wrong. 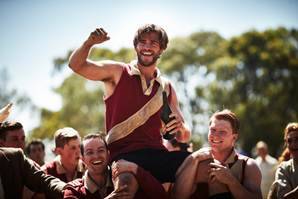 Revenge is back in fashion

THE DRESSMAKER – IN CINEMAS OCTOBER 29