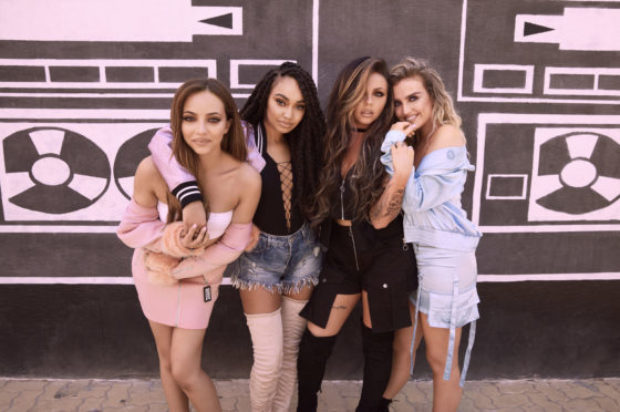 Little Mix are a global pop phenomenon. Their GLORY DAYS album has been the band’s most successful to date, spawning numerous global hit singles and spectacular videos, and is ARIA accredited Gold.

Today sees the release of THE PLATINUM EDITION of GLORY DAYS, with the album available to purchase now.

In addition, the new GLORY DAYS album features three brand new songs, ‘Is Your Love Enough?’, ‘Dear Lover’ and the RAYE penned ‘If I Get My Way’.

THE PLATINUM EDITION also includes a DVD featuring a special behind the scenes documentary filmed throughout 2017, and the five official videos to the singles released from the album.

GLORY DAYS has been Little Mix’s most successful release to date, selling over 1.6 million copies and becoming the biggest selling album by a female group this millennium in the UK. It has spent a total of five incredible weeks at No.1 in the UK and has remained in the UK Top 30 for almost a year now.

The band are currently finishing up their Glory Days Arena Tour, the biggest music arena tour of the year in the UK, with this weekend being the final 3 sold out dates at London’s O2 Arena.