When writers/directors/producers Charlie Aspinwall and Daley Pearson decided to start Queensland-based Ludo Studio, it was just the two of them. 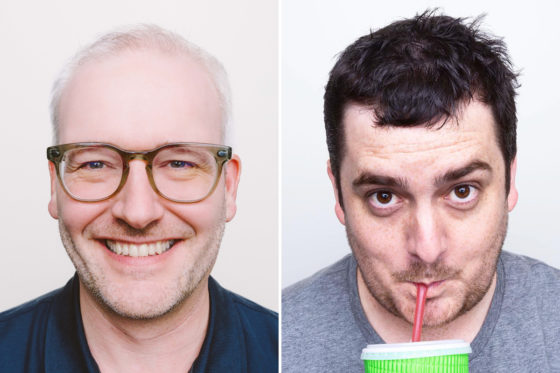 In just over five years, Ludo has grown to a production house of 40 people with two International Digital Emmys under its belt.

Their latest series – animation Bluey – is screening on ABC KIDS and less than a month after it had released, it already had had 6 million plays on ABC KIDS iview + app*.

In this podcast episode, the pair discuss their interactive series #7DaysLater and Doodles; how they balance development and production in both animation and live-action; and the importance of working with passionate creatives.

“You can’t have a project unless it’s got someone driving it, who really cares about it, who will make it anyway,” Aspinwall says.

Pearson and Aspinwall first met on The Strange Calls (not to be confused with their upcoming animation The Strange Chores). Pearson says: “we could’ve gone onto more drama stuff as individuals, but we knew we wanted to set up a company.”

Aspinwall says they were also both intent on remaining in Brisbane, and in doing so have helped try and build up the local industry. On Bluey, 24 out of their team were graduates from Queensland universities Griffith University or QUT.

“We want to build up our studio in Queensland, so we want to hire local people, because they’ll stick around, so we’ve put a lot of investment into local people so we can upskill them and they become better and better animators and they want to stay with our studio rather than leaving the state,” Aspinwall says.