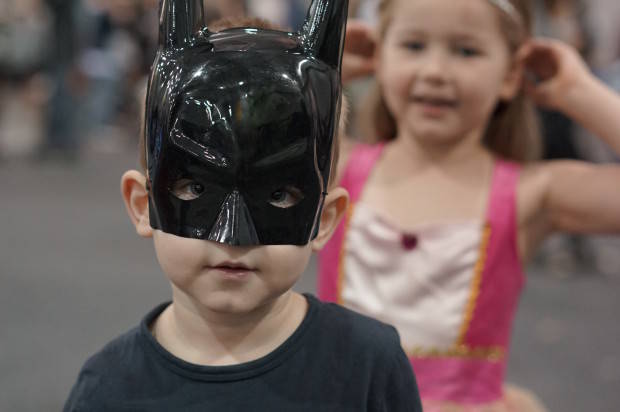 Tickets to Oz Comic-Con Brisbane and Sydney now on sale

There’s something for every dad: from the sci-fi geek, to the comic book lover, to the DIY king, to the die-hard gamer. It’s Father’s Day every day at Oz Comic-Con this September…and all kids under 12 are free with one general admission ticket!

For the Star Wars Dad: If you have a Dad who can’t wait for Star Wars: The Force Awakens, he can visit the 501st and Rebel Legion fan groups, where he may meet one of Hollywood’s best-known father figures: Darth Vader. Or, if he’d rather just meet an original cast member, Tim Rose (who played Admiral Ackbar in the films) will be at both Oz Comic-Con Brisbane and Sydney.

For the Game of Thrones Dad: Is your Dad more interested in King’s Landing than Tatooine? Daniel Portman (Podrick Payne) will be signing autographs and posing for photos at both events, plus sharing some of the behind-the-scenes secrets of GOT in his panels

For the DIY hero: Dad can also meet the ultimate DIY king (and a father himself), Richard Dean Anderson, or as dad knows him, MacGyver.

For the Superhero Dad: Those who are big kids at heart can come along dressed as their favourite superhero.For the more serious costume-loving Dads, the Championships of Cosplay will be reaching the final rounds. Entries are still open and the national winner (judged at Oz Comic-Con Sydney) will win a trip to C2E2 in Chicago to compete in 2016.

There’s heaps of great early Christmas gifts to buy for Dad too – including autographed photos of his favourite movie star, plus loads of awesome games, memorabilia, comics and cool collectibles.