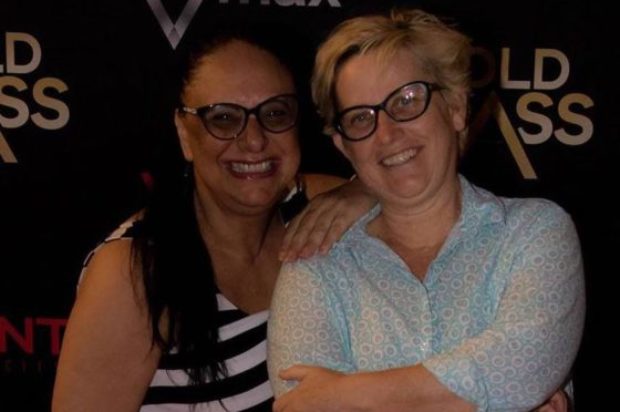 The Kickstarter event last night for QLD FILM TV EVENTS presented at Events Cinema Mt Gravatt, was sure a night that highlighted industry facts that come from special guest of the night Filmmaker Director, Writer, Editor Mandy Lake who runs her production company Flickchicks in Brisbane and has been in the industry for 15 years.

Mandy presentation last night added much emotion in sharing what has been her experience so far and in very real terms as to the ups and downs in film industry to all areas in selling product and yourself, but also to the success that Mandy has had with her international factual series, Snake Boss 1+2 – the highest rating Animal Planet Series in Australia and New Zealand, plus ABC TV documentary series The 100+ Club plus other projects. For the guests last night Mandy shared a new series in develpment that is aimed for International broadcast.

To open the night Mr Duncan Pegg MP member for Stretton for QFTE added his support to events like this for creative industry and networking combined.

Caroline Russo organiser and founder spotlighted also on the night Indie Film preps local Producer Brian Vaughan, who has won a host of international awards in the last few months for a Short film that was done 8 years ago The Rarity and now in discussion for a film. Also actor Kyryl Koltsov, shared his story in which he landed a part in the QLD made Warner Brothers blockbuster film that has become leading Global success in Box office world hitting now over a Billion$ and rising AQUAMAN! Plus emerging Film Prep Animator Chris Le Roy as to his showreel last night. Networking events like this really brings in a lot of knowledge from our speakers that helps our industry learn more on all sorts of areas. When you have a room of like minded creatives that like to connect and share their projects this can bring in a workable team and over my years I have seen so many projects fired up where everyone begins to get entry and build credits Ms Russo says. Film biz there is a lot to learn and we aim to present speakers that can divide this up in all ways that can help and guide and showcase people work.

The aim of QFTE is to grow them more into regional areas, and combine workshops in the future and other incentives with Film Nights to launch pad other Indie projects in collaboration. We are open to hearing ideals and want to work with other brands and organizations that can have win win.
Our next event is March 19th with panel WHAT WOMEN WANT IN FILMMAKING. Great panel of women filmmakers and more info to come so connect with us on social media and our Hush Hush Biz page. For info go to our FB events page