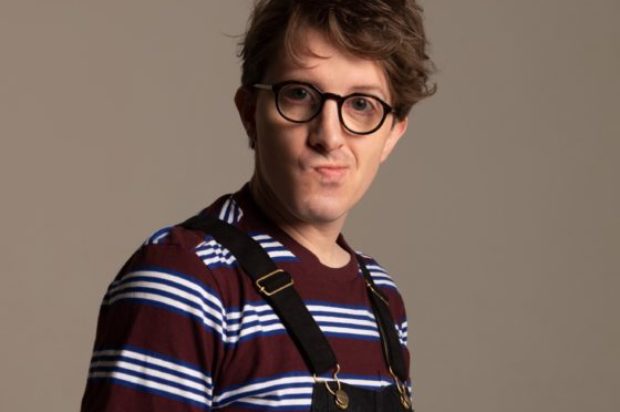 MARK WATSON (UK)
British comedian, author and sports pundit Mark Watson is halfway through his life according to the life expectancy calculator. With this is mind, Watson takes an audit of his time on earth in his new show, This Can’t Be It, which premieres in his spiritual home, Australia.

His thirties have been eventful to say the least. At 40, his life is in the best shape in living memory… but one problem remains, and it really is a huge one. Spiritual enquiry meets high-octane observational comedy as Watson, as usual, attempts to cram a year of pathological overthinking into just under an hour’s stand-up. Maybe he’ll even solve the huge problem. Doubt it, though.

An established writer with eight novels published to date, Mark Watson is no stranger to Australia, having appeared here multiple times to consistently full houses and rave reviews. His thoughtful stories with trademark twitchy charm prove that his cupboard full of UK awards are well deserved.

“A master at letting us in on his vulnerability… delightfully deft mixture of low-key happenings and high-end bants” ★★★★ – The Times
“This is a stand-up operating at the very top of his game” ★★★★ – Independent
“Quite unlike anything else I’ve seen in almost 20 years of covering the Fringe…witty, warm, perfectly judged” ★★★★★ – Telegraph
Watch Mark here.

Known for his tech-based, scam-busting humour, James Veitch returns to Australia after a sellout tour in 2018 and is all set to to come to Brisbane and Gold Coast March 2020!

James has filmed a TED Talk which went on to become the fastest ever to reach over ten million views. Currently at 52.4m views and climbing, the talk sees James narrate an hilarious exchange with an email spammer who offered to cut him in on a hot deal.

The former Apple Store Genius brings us Tentative, a brand-new show, full of even more pranks, scams and emails.