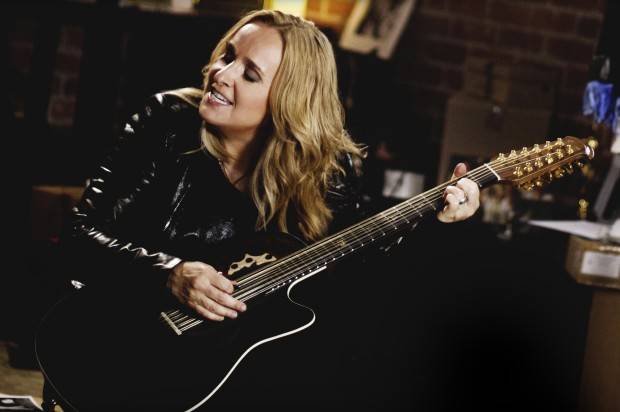 Bluesfest Byron Bay (held from Thu 24th to Mon 28th of March 2016) and its touring company Bluesfest Touring are incredibly proud to welcome the iconic superstar rocker, singer-songwriter Melissa Etheridge for her This Is M.E. Australian tour, including her long-awaited Bluesfest debut on Sunday 27th March 2016.

This will be Melissa’s first visit to Australia since 2012 and she will also be performing at the Enmore theatre in Sydney on Wednesday 23rd March, the Palais Theatre in Melbourne on Wednesday 30th March and the Riverside Theatre in Perth on Friday 1st April 2016.

An Academy Award and Grammy winning artist, Etheridge, will take the stage to perform songs from her new album, This is M.E., as well as some of her greatest hits like ‘Come to My Window’, ‘I’m The Only One’, ‘Bring Me Some Water’, ‘Like the Way I Do’ and ‘I Want To Come Over’. Known for her iconic raspy, smoky vocals, profound lyrics and riveting stage presence; Melissa will share personal stories about her remarkable journey through life and the inspiration behind some of her most beloved songs.
Since Melissa Etheridge stormed onto the American rock scene in 1988 with the release of her critically acclaimed self-titled debut album, she has been nominated for 17 Grammys and won 2, as well as an Academy Award for Best Original Song for ‘I Need to Wake Up’ from Al Gore’s renowned documentary An Inconvenient Truth. Etheridge even has her own star on the Hollywood Boulevard Walk of Fame among her many accolades.
Melissa carved and led a niche in modern rock through her honest and courageous approach to song writing and performance. Early in her recording career, Etheridge acknowledged her sexual orientation when it was considered less than prudent to do so. It gave way not only to the world embracing both Melissa and her music, but an ally and champion for the LGBT community.
In October 2004, Etheridge was diagnosed with breast cancer, a health battle that, with her typical tenacity, she won. Despite losing her hair from chemotherapy, Etheridge appeared on the 2005 Grammy telecast to sing ‘Piece of My Heart’ in tribute to Janis Joplin. By doing so she gave hope to many women afflicted with the disease.
Melissa’s latest album This is M.E. is her 12th collection of new material. The powerful lyrics, incomparable voice, indelible melodies, and blazing guitars could be from no one else. The opening track titled ‘I Won’t Be Alone Tonight’ holds some new meaning. Melissa collaborated with some of the most creative, inventive figures on the music scene on the album including Jerrod Bettis (Adele), Jon Levine (Nelly Furtado, K’Naan, Selena Gomez), Jerry Wonda (Grammy Award winning producer of the Fugees, Mary J. Blige, Akon) and Roccstar (Usher) at the forefront. She even enlisted the help of Neyla Pakarek, cellist from the folk rock band and Bluesfest alumni, The Lumineers, to contribute to a couple of songs.

Not only a blues rock megastar, song writing hit maker, and phenomenal guitarist, but tireless advocate for human rights and social change, Melissa Etheridge is a force and a talent, we are honoured to have at Bluesfest and on tour around Australia.
Bluesfest Festival Director, Peter Noble comments on the new addition to the line-up:
“Melissa Etheridge is coming to Bluesfest. She is a legend – an inspiration to so many – a simply brilliant live performer – just watch the cheers when she walks on the Bluesfest stage. She has won two Grammy awards and received 17 nominations – She has won an Academy Award – for Best Original Song for the Documentary – An Inconvenient Truth. Melissa Etheridge’s set at Bluesfest will be remembered as one of the great performances. Melissa Etheridge is a leader – she is a great musician, a great campaigner for human rights, an environmentalist, a cancer survivor, it is simply an honour to present her at Bluesfest and on her Australian tour.”
Bluesfest Touring have also announced a number of additional sideshows happening around Bluesfest next March and April including the Grammy award winning Blues and Roots Rock group Tedeschi Trucks Band, Portland’s Indie Folk band The Decemberists, The Word, Vintage Trouble, Nahko & Medicine For The People, Songhoy Blues, Shakey Graves, Allen Stone, St. Paul & The Broken Bones & Rhiannon Giddens. Show details and more information can be found atwww.bluesfesttouring.com.au .

33 of the approximately 100+ artists have now been announced so far for Bluesfest, held annually over Easter just north of Byron Bay (EVENT DATES: Thu 24th March to Mon 28th March 2016). Tickets are reported to be selling fast. True to Bluesfest tradition, the announcements will continue to roll out in the lead up to the 2016 festival.