Gold Coast Little Theatre Metamorphoses by Caroline Russo | on June 16, 2021 | 0 comments | in Theatre | Like it 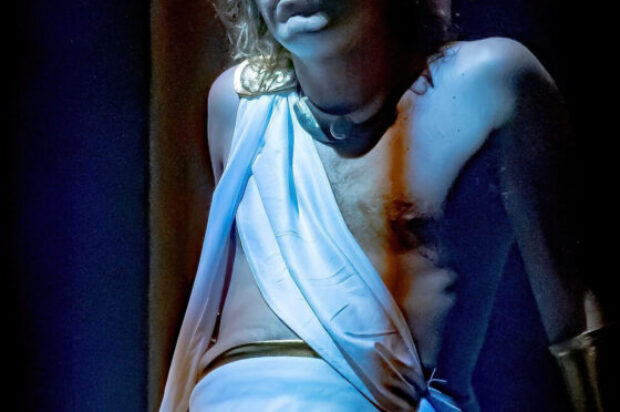 Experience the passion and wrath of ancient Greek mythology when Metamorphoses opens at Gold Coast Little Theatre on Saturday 19 June.

Directed by Bradley Chapman, this visually stunning production features tales of transformation told through an ensemble of 14 actors, who each play multiple figures from Greek mythology.

Zeus, the King of Olympus; Eros, the god of love; Aphrodite, the goddess of sex, and Hades, Lord of the Dead, are just some of the characters who come to life, as well as much-loved stories of Midas’ golden touch, the self-involved Narcissus, and many more.

In a first for the theatre, the stage will feature a pool of water, around which much of the action takes place. The water is symbolic and is used to weave the stories together, as well as creating beautiful moments on stage as light refracts from water droplets.

Says director Bradley Chapman, ‘Metamorphoses is a celebration not just of these ancient, enduring stories, but of storytelling itself. We stage each myth using a different theatrical style, to celebrate the varying ways stories have been told across cultures for thousands of years.’

The diverse cast each bring something special to their roles. ‘The talented cast have made each one of these stories captivating and unique. I have been constantly amazed by the artistry that each performer brings not just as actors of multiple roles, but as collaborators in the theatre-making process’, says Chapman.

‘The myths of ancient Greece mean many different things to many different people – this is how they still hold so much relevance today,’ says Chapman.

Warning: Adult themes and sexual references. Not recommended for children.

About the director
Bradley Chapman is a multiple-award-winning director and actor who has directed for, and performed in, amateur and professional venues across Queensland for over two decades. Bradley is also one of Australia’s leading Drama and Theatre educators.