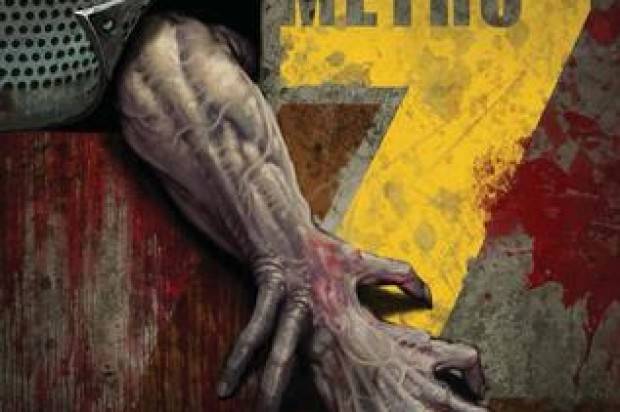 It’s hard to resist a book that exists solely through the willpower of a collective of strangers. To see people believe in an idea enough to financially back it seems to me a clear indication that there’s something worthwhile at play.

Matthew J. Hellscream was the first Australian novelist to use crowdfunding site Kickstarter to finance their writing, and his debut novel Metro 7, doesn’t disappoint. 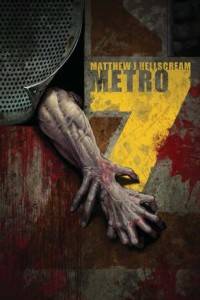 The story itself is an intergalactic race against time. One hundred thousand souls started the ten year journey of the Metropolis 7. Yet, when the crew of the Icarus respond to a distress signal, there is no one to be found on the long-vacationer. It’s up to Captain Draco Goldwing and his team to solve the mystery of the Metropolis 7 before the stricken vessel collides with a binary star system.

Horror and sci-fi aren’t my go-to genres, and many of the hat-tips others rave about flew completely over my head. Sometimes that’s annoying in a story, but here, it simply makes me want to go and explore these genres more fully. But only in the daytime, when I’m not home alone. Hellscream has created a sense that there’s always something just at the edge of the reader’s sight, something waiting and watching, poised to attack.

There are small issues with all first novels, and Metro 7 is no exception. There are a few grammatical errors and unclear point of view shifts, but nothing so jarring as to detract from the tension of the world Hellscream has created. All in all, Metro 7 is a fantastic foray into a world I hope to see more of, from a writer I’ll certainly keep reading.

Metro 7 is available at the Little Gnome bookstore in Wynnum, or online through Kindle, iTunes, Smashwords, Amazon, or CreateSpace. Hellscream’s second novel, Carnifex, will have its Kickstarter launch later in the year.