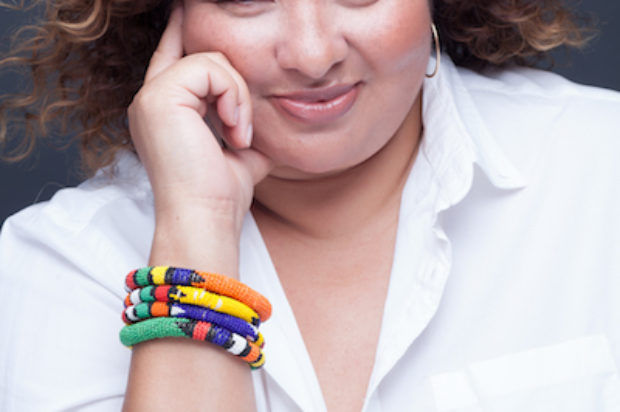 The acclaimed stage director Liesl Tommy, the first black woman to earn a Tony Award nomination for Best Direction of a Play, is set to direct Respect, a feature film based on the life of music icon Aretha Franklin. As previously announced, Academy Award, Golden Globe, Screen Actors Guild, BAFTA and Grammy Award winner Jennifer Hudson was personally handpicked by Ms. Franklin to portray her on the big screen. Academy Award winner Callie Khouri (Thelma & Louise, creator of Nashville) will pen the screenplay following the rise of Ms. Franklin’s career, from a child singing in her father’s church’s choir to an iconic and international superstar. The announcement was made today by Jonathan Glickman, President, Motion Picture Group.

Tradecraft’s Scott Bernstein who produced the groundbreaking bio pic Straight Outta Compton about the infamous gangster rappers N.W.A., which garnered an Academy Award Nomination for Best Screenplay, and Harvey Mason, Jr., renowned Grammy Award nominated music producer who has written and produced songs for both Aretha Franklin and Jennifer Hudson, will produce. Glickman and Adam Rosenberg, MGM’s Co- President of Production, are overseeing the project on behalf of the studio.

Tommy is a multi-award winning stage director, who garnered six Tony Award nominations for Eclipsed including Best Director. She is known for both her provocative world premieres and re-imagining classics with racially diverse casts in several shows including a 2012 production of Hamlet at California Shakespeare Theatre and an internationally acclaimed production of Les Misérables. She is also on board to direct Born A Crime, the film adaptation of the autobiography by the same name by Trevor Noah starring Lupita Nyong’o for Paramount Players. In addition to developing and directing Frozen Live, the multi-media theatrical extravaganza adaptation of the Disney film for the Hyperion Theater in Disneyland, Tommy has also directed episodes of AMC’s Walking Dead, HBO’s Insecure and OWN’s Queen Sugar created by Ava DuVernay.

Respect is the remarkable true story of Aretha Franklin’s journey to find her voice in the midst of the turbulent social and political landscape of 1960s America. Ms. Franklin landed over 100 singles in the Billboard charts, including 17 Top 10 pop singles and 20 No. 1 R&B hits, winning 18 Grammy Awards and was the first female to be inducted into the Rock and Roll Hall of Fame. Franklin’s reinvention of Otis Redding’s “Respect” as a feminist anthem transformed her into an icon of the civil rights and women’s movements. Her cultural impact was felt throughout her career, from her singing at Dr. Martin Luther King’s memorial service to performing at three presidential inaugurations. In addition to “Respect,” her countless hits including “(You Make Me Feel Like) A Natural Woman,” “Do Right Woman – Do Right Man,” and “Think” were beloved around the world and will be featured in the motion picture.

“Over the years and in our many meetings and countless conversations with Aretha, we came to understand the stories she most wanted to share and the moments in her life that made her who she was. It was an honor to have gotten that insight directly from Ms. Franklin and we are now taking the utmost care in upholding her legacy. We are thrilled that Jennifer, Ms. Franklin’s first choice, will be portraying her as we bring this inspirational and legendary life story on the big screen as she wanted,” said Mason, Jr. and Bernstein.

Tommy said, “The story of Aretha Franklin’s journey from child prodigy in Detroit to international supernova is rife with struggle and triumph, making her life one of the great American stories of all time. As a filmmaker there is no greater gift than to be able to bring this transcendent chronicle of a woman’s fight for self-realization to visual life with the enormous talents of the soulful Jennifer Hudson, Callie Khouri, and our incredible producers.”

“It is an absolute honor to be a part of bringing Ms. Franklin’s story to audiences who adore her around the world. She is one of the most iconic and talented artists of all time and what a dream come true it is to portray her extraordinary life on screen. I could not be more excited to be working alongside Liesl Tommy, a brilliant and thoughtful director, who is no doubt the perfect choice to lead the film,” said Hudson.

“Aretha Franklin was indisputably one of the most important cultural and musical forces the world has ever seen. Along with our producers, we could not be more excited to have assembled such a tremendous team of Liesl, Callie and the incomparable Jennifer Hudson to bring the Queen of Soul’s iconic story and music to big screens around the world,” said Glickman.

Respect will be released in Australia by Universal Pictures, in cinemas nationally from July 2020.