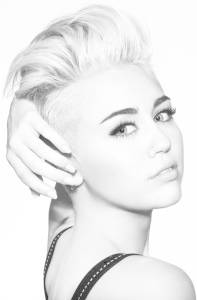 Global superstar Miley Cyrus premieres the music video for her new single “Wrecking Ball” across VEVO, the world’s leading all-premium music video and entertainment platform, today. The video was directed by Terry Richardson and shot in Los Angeles. “Wrecking Ball” is the second single from BANGERZ and already climbing towards the top spot on the iTunes Top Songs Chart.

Miley Cyrus is to release new album titled BANGERZ on October 4th through Sony Music Entertainment Australia which will include thirteen new tracks. The BANGERZ Deluxe Edition Album will include three bonus tracks. Collaborating with renowned producers and songwriters such as Mike Will, Pharrell, Future, and will.i.am, this album marks a creative evolution for Miley.

On October 5, Miley Cyrus will return to Saturday Night Live to pull double duty as host and musical guest and will perform her brand new single “Wrecking Ball.”

BANGERZ is currently available for pre-order. Those who pre-order BANGERZ at iTunes will get an instant grat track of “Wrecking Ball” and “We Can’t Stop”.

The first single “We Can’t Stop” was released on June 3rd and immediately shot to #1 on iTunes in the US and 23 other countries. The single has climbed to #2 on the Billboard Hot 100 chart and has sold over 2 million tracks in the US alone. “We Can’t Stop” also became Cyrus’ first #1 single in the UK. In addition, the video for “We Can’t Stop” broke VEVO’s record for most views in a 24 hour period, and in only 37 days became the fastest video to reach 100 million views across VEVO.