MS MR TO RELEASE NEW ALBUM HOW DOES IT FEEL ON FRIDAY, JULY 17 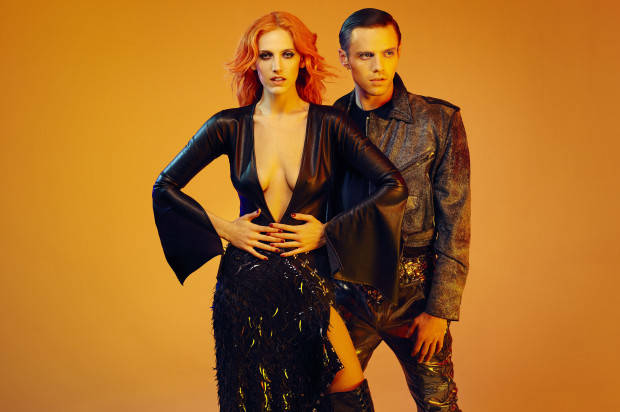 “MS MR went 0 to 100 real quick….this feels like their shot to breakthrough.” –New York Magazine “MS MR was gone for a minute, and now it’s back with a jump off.” –NYLON Today, MS MR partnered with The FADER to premiere the music video for ‘Painted’, a collaboration between the band and director Tabitha Denholm (Florence and the Machine, Haim, Jessie J). “We were thrilled to work with Tabitha to bring ‘Painted’ to life in our new video,” the band says. “We were heavily inspired by Kubrick as well as the 1970s documentary ‘The Secret Life of Plants.’ Focusing on the lyric: what did you think would happen/when you put me in unnatural space, we wanted to explore the juxtaposition of natural and unnatural environments and what happens when they’re forced to reckon with one another. The end result is a virtual reality psychedelic experiment gone awry—welcome to the odyssey.” Watch the video here: http://smarturl.it/PaintedVid.

‘Painted’ was the most played track on Triple J earlier this month, and is currently sitting in the top 10.

Featuring 12 brand new ecstatic, high-octane songs, HOW DOES IT FEEL finds MS MR returning to the visceral, bare-bones intimacy that launched the band just three years ago. Their 2013 debut SECONDHAND RAPTURE had been recorded for a few hundred dollars in spare rooms throughout Brooklyn. For HOW DOES IT FEEL, Lizzy and Max returned to their old stomping grounds in late 2014, specifically the neighbourhood of Bushwick, where they rented a small room to hammer out new material. For the first time, the duo teamed up with fellow musicians to co-write new songs—Tove Lo for the album’s ‘Pieces’ and MNDR for ‘Tripolar’. MS MR’s drummer Zach Nicita also co-wrote and co-produced a handful of new tracks.

HOW DOES IT FEEL was recorded in studios in New York and Los Angeles, including Electric Lady Studios, White Bronco Studios and the band’s own Creep City Studios. The band once again collaborated with multi-Grammy award winner Tom Elmhirst (Adele, Amy Winehouse, Arcade Fire, Beck) to mix the album at Electric Lady Studios.

Having just wrapped a string of headline dates, all of which sold out in a matter of minutes, MS MR continue to tour the globe including festivals stops at Lollapalooza festivals in both Chicago and Berlin, Montreal’s Osheaga Festival, and our own Splendour In The Grass.

MS MR’s widely praised debut album, 2013’s SECONDHAND RAPTURE, spawned the Alternative radio hit AND Triple J favourite ‘Hurricane’, which came in at #41 in the Hottest 100 2012. Revered by press from The New York Times to VOGUE, Pitchfork to USA Today, the band has spent much of the last two years touring the globe, joining fellow musicians Marina And The Diamonds, Bastille, Jessie Ware and Grouplove on the road, in addition to playing major festivals including Coachella, Bonnaroo, Austin City Limits, Outside Lands, and Governors Ball. MS MR has performed on The Tonight Show, Late Show with David Letterman, and Late Night with Jimmy Fallon, while their music has been featured on countless television shows including Game of Thrones, Pretty Little Liars, and the NFL on FOX.