WHEN WORDS AREN’T ENOUGH… SAY IT IN SONG! 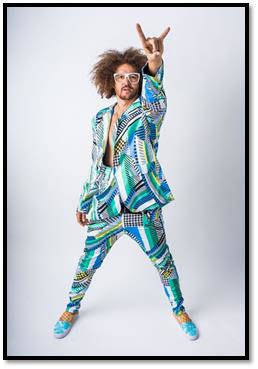 MTV today announced the upcoming launch of a new music-driven series, Say It In Song, hosted by Grammy-nominated performing artist Redfoo, which proves music really is the universal language.

Spotlighting music’s unique ability to connect people in an emotional and powerful way, Say It In Song is about using specific songs to get an important message across to someone else, through a variety of highly creative surprise musical capers. From elaborately choreographed dance routines, to intimate serenades, homemade music videos, musicals and pranks, each episode will be branded with drama, intensity, humour and heart. Say It In Songwill present the story behind the performance, the planning of the caper, the final surprise and the resolution. All the while, host Redfoo and the MTV production team will be on hand to plan out the best way to make the statement with maximum impact.

Created in partnership with DiGa’s Tony DiSanto, Say It In Song presents a unique concept and format, inspired by film scenes such as John Cusack with the Boombox in Say Anything, Justin Timberlake surprising Mila Kunis with a flash mob set, and Closing Time by Semisonic. Say It In Song has all the excitement and surprise of the hidden cameras, mixed with drama and real life emotional story-telling.

Say It In Song premieres on MTV, Wednesday 5th August at 9.30pm.