ABBA MURIEL'S WEDDING musical Ticketmaster by Caroline Russo | on February 19, 2018 | 0 comments | in Theatre | Like it 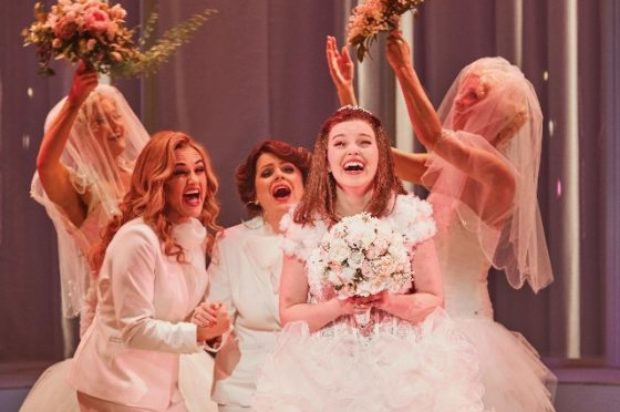 Following a sold-out season at Roslyn Packer Theatre, Carmen Pavlovic, Global Creatures CEO is thrilled to announce that tickets to Muriel’s Wedding The Musical return season go on sale Wednesday 21 February, 2018 at 9am from http://www.ticketmaster.com.au.

Muriel’s Wedding The Musical celebrated its’ world premiere in Sydney on November 18, 2017 as a co-production between Global Creatures and Sydney Theatre Company. The show was a smash hit with the season completely sold out.

Muriel’s Wedding The Musical is a theatrical version of PJ Hogan’s iconic hit film, updated to today by the writer himself with music and lyrics by Australian award winning songwriters Kate Miller-Heidke and Keir Nuttall with additional songs by Benny Andersson, Björn Ulvaeus, and Stig Anderson written for ABBA.

“The music was sensational” The Daily Telegraph
“You’re incredible Muriel!” Sydney Morning Herald
“Extraordinary” The Australian
“Will leave you smiling for days” Time Out
“This is a show with heart” The Guardian

Tickets to Muriel’s Wedding The Musical July, 2019 season at the Sydney Lyricgo on sale on Wednesday 21 February, 2018 from http://www.ticketmaster.com.au.