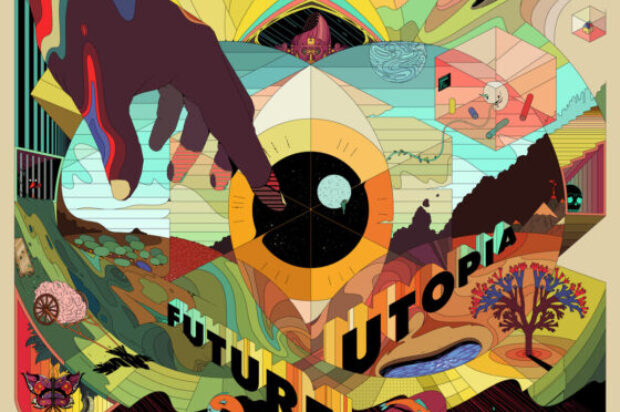 World renowned producer, songwriter and musician Fraser T Smith has today released his latest single from his Future Utopia titled “Children Of The Internet”. The single features none other than world renowned UK rapper Dave.

Dave is a Triple J feature artist with over 1 billion streams worldwide. He has perfromed at Coachella, Glastonbury and achieved a number one on the UK Album Chart, having the biggest first week streams for a British Rap album. It went on to win the Album of the year at the 2020 Brit awards.

Future Utopia produced Dave’s 2019 album ‘Psychodrama’ and the two have a long collaborative history. This is Dave’s first offering in 2020, and the track explores a potent conversation about the impact of the internet on today’s youth.

As a producer for some of music’s biggest names, Future Utopia has a remarkable track record. He has worked with the likes of Adele, for whom he co-wrote and produced the Grammy winning single ‘Set Fire To The Rain’ (2011), as well as Stormzy, whose BRIT Award winning debut album ‘Gang Signs & Prayer’ (2018) Fraser wrote on and produced.

Future Utopia worked with Dave to co-produce his Brit Award winning debut album ‘Psychodrama’ (2019) and accompanied Dave for an electrifying performance of his track ‘Black’ at this year’s BRIT Awards. It is this catalogue of work that has seen Fraser become one of the most in demand creators in contemporary music today.

Speaking about Children Of The Internet, Future Utopia says:

‘Dave always comes with the best song titles. ‘Children Of The Internet’ is one of them. We chatted about it in the studio, and I said, ‘That’s great that you can write this from the perspective of being a child of the internet’. He looked at me and said ‘I’m not a child of the internet. That happened when the Xbox One came out – that’s when you didn’t have to be in the same room as the person you were playing against. That’s when we started losing eye contact and human interaction’.