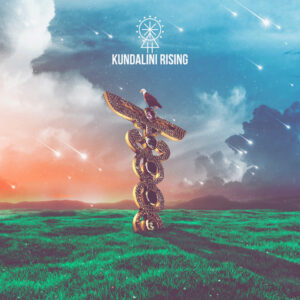 Iluminative has just dropped Know Yourself the third extraordinary single from his amazingly adventurous album, Kundalini Rising. The Byron Bay-based rapper, singer-songwriter, and producer music artist has reached a creative peak with the release of the album and the subsequent single releases, and this new one is no exception.

Know Yourself features many of the same broad brushstroke features, the same spiritual sensibilities, yet dressed in slightly more subdued colours. An acoustic guitar with string swells opens the track, with a muted rhythmic pulse underpinning it all until a rousing yet controlled rap beat ignites the track. The opening lines set the tone for the song: There’s a time to deprogram our egos so it easy goes / to reprogram our cerebrals to free-fall, to free all. And the idea of freedom is what anchors this track; a release that becomes a pathway to self-awareness, as the following line reveals, so we can free flow into acting on knowledge. With four albums and eight mixtapes under his belt, this multi-faceted artist has his sights firmly set on the next level with the release of this new track, which comes in the wake of his previous singles which were expansive in scope and aural ingenuity.

And just like those tracks Know Yourself continues to explore themes of identity, spirituality and self-awareness with startling vitality and compelling dexterity. Harnessing a more mellow sonic template without forgoing any of the urgency, potency, and visceral energy of the previous singles, Know Yourself becomes a track where its universality is more easily identifiable. One can imagine hearing this track on mainstream radio; the rap-rock genre of Iluminative’s previous work is rendered with a lighter touch, subdued yet nonetheless retaining that core spark. And this all relates to the lyric, the rhymes, and the accessible melodic sections, and of course, the message; universal and highly appealing and alluring.