CAPITOL THEATRE casting Julie Andrews My Fair Lady STAGE SHOWS IN AUSTRALIA by Caroline Russo | on June 19, 2017 | 0 comments | in Entertainment | Like it 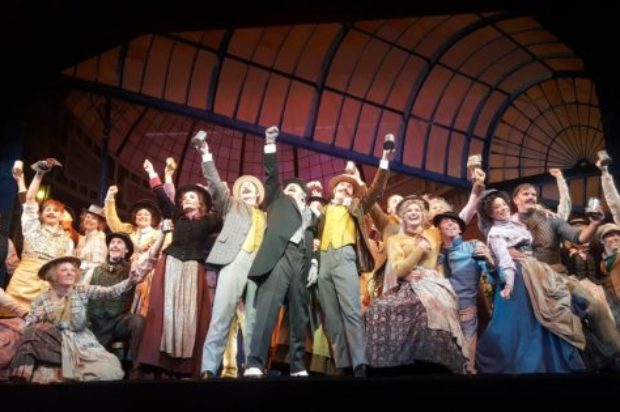 Due to continued and extraordinary demand, on Monday June 26 new tickets will be released for the Sydney return season of My Fair Lady. Directed by Julie Andrews the show will commence at the Capitol Theatre on Thursday August 24 for a strictly limited season.

The producers, Opera Australia and John Frost, are pleased to announce the principal cast for the return season. The Sydney season will be led by acclaimed theatre, film and television actor Charles Edwards, as Professor Higgins. Most recently Edwards appeared in the ABC TV series The Halcyon, the widely acclaimed television series Downton Abbey and the feature film Diana. He has played leading roles on Broadway & the West End, and his theatre credits include The 39 Steps, Twelfth Night, Much Ado About Nothing, A Midsummer Night’s Dream and the lead role of Bertie in the original stage play of The King’s Speech.

The cast will also feature stars from the record breaking 2016 Sydney Opera House season. The lead role of Eliza Doolittle is played by Australian star Anna O’Byrne. O’Byrne has a growing international career spanning opera, theatre, concert and film and has had starring roles in theatre productions including Love Never Dies and The Phantom of the Opera. Reg Livermore and Robyn Nevin will reprise their critically acclaimed performances as Alfred P. Doolittle and Mrs Higgins. The role of Colonel Hugh Pickering will be played by Tony Llewellyn-Jones and Deidre Rubenstein will play Mrs. Pearce. New to the role of Freddy Eynsford-Hill is young tenor Joel Parnis.

My Fair Lady received rave reviews at the Sydney Opera House and the five-star accolades continued in Brisbane, and Melbourne where it is currently playing at the Regent Theatre until July 29.

‘My Fair Lady is a triumph’ – Courier Mail

‘Spectacle at every corner of the stage.’ – Daily Telegraph

This beloved musical which took the world by storm, tells the tale of a Cockney flower girl named Eliza Doolittle whose world was forever changed by the brilliant and demanding phoneticist, Henry Higgins. The clash of cultures sparks some of theatre’s most witty dialogue and wonderful songs including Wouldn’t It Be Loverly?, On The Street Where You Live, I Could Have Danced All Night and Get Me to the Church on Time.

My Fair Lady arrives at the Capitol Theatre in Sydney, on August 24 for a strictly limited season.