countrymusic nataliehenry by Caroline Russo | on November 14, 2019 | 0 comments | in Music | Like it 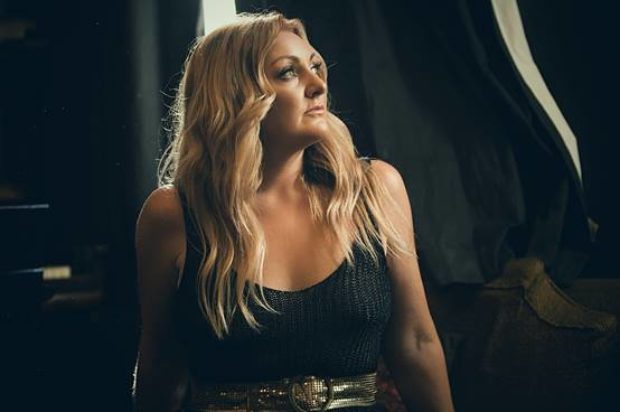 It’s hard to believe that Natalie Henry has been singing for just three years. But after realising at 34 that she had more to offer than words on a page, she has travelled all over the country sharing songs of love and loss. Henry has just released ‘Water Over Wine’, her brand-new single, as well as its accompanying video, and you guessed it: there’s love, there’s loss, and there’s bound to be a similar reception to her previous releases.
‘Water Over Wine’ has tough shoes to fill given that every one of Henry’s previous singles has hit #1 on the iTunes Country Singles Chart on the day of its release. The track is a result, Henry says, of ‘writing songs about motherhood and the trials and tribulations of a divorce. I feel like Water Over Wine is the perfect country song for a new generation of women and mothers.’
Michael Muchow, from Moko Productions, produced the single. He has previously worked with artists including Catherine Britt, Tim Rogers, Bill Chambers and Melody Moko. He’s also played guitar on albums and tours for Kasey Chambers and Fanny Lumsden, among others.

Meanwhile the video was produced by Tom Blake from Gravity Films and shot in Newcastle, while the performance shots were taken at the Quill and Compass. Speaking about the clip, Henry says ‘it’s not only my story but it embodies the story of all women who’ve been made to feel lesser for leaving a relationship. In spite of making it harder on themselves, mothers, lovers and friends choose water over wine.’
Henry has also managed to find time between recording sessions to run a ‘Woman Enough’ tour. The tour is not only in support of her new album, but also an unwavering statement that ‘woman, you are enough.’ It aims to inspire and empower creative women everywhere and features some of countries biggest names including Catherine Britt and Lyn Bowtell.
In the past Henry has supported acts like Catherine Britt, Sara Storer, Fanny Lumsden and Bill Chambers, with Chambers describing Henry as having a ‘unique voice’ and playing music ‘that straddles that ragged fence between country and folksy blues.’
Natalie Henry will be playing tracks including ‘Water Over Wine’ from her new album ‘Apple and Pride’ on the following dates:
Saturday 23rd November – Brungle Memorial Hall (supporting Catherine Britt) Saturday 14th December – Criterion Hotel – Singleton, NSW
(with special guests Catherine Britt & Melody Moko)
Sunday 15th December – Wheatsheaf Hotel – Adelaide, SA
(with special guests Catherine Britt & Melody Moko)
Saturday 18th January – The Pub – Tamworth, NSW
(with Lachlan Bryan, Catherine Britt, Melody Moko and Kristy Cox) Monday 20th January – Moonshiners – Tamworth, NSW
Friday 24th January – Capitol Theatre – Tamworth, NSW
BUY ‘WATER OVER WINE’ HERE FACEBOOK | INSTAGRAM | YOUTUBE | WEBSITE