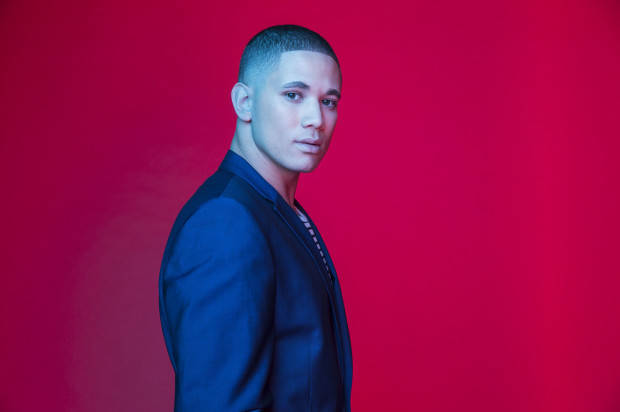 One of Australia’s most soulful singer/song-writers NATHANIEL, has announced his long awaited debut album YOURS, which is set for release on October 23rd through DNA Songs/Sony Music Entertainment Australia. YOURS is a premium collection of 10 songs including four hit singles, and is available for pre-order now.

Written and produced around the globe in America, Europe and Australia, Nathaniel’s debut album is a guaranteed celebration of soul, funk, R&B and pop, fine-tuned for audience satisfaction and artist longevity. Delivering a fresh take on a timeless sound and reinforcing his talent and artistry, YOURS depicts Nathaniel’s musical versatility at its optimum.

“People sometimes refer to me as an ‘old-soul’, so we wanted to make sure we kept that soulfulness, but twist it together with a modern-day sound,” Nathaniel explains. “The majority of songs on the album such as ‘Live Louder’, ‘Flava’, ‘Animals’ and ‘Addicted’ all have that throwback soulfulness to them but it’s been given an update for a fresher, more contemporary feel.”

As David Musumeci explains, “From the moment we signed Nathaniel we knew we wanted to make a record with great emotional depth that would take you on a rollercoaster ride of emotions as you run through it, and we think we’ve
   achieved that with YOURS. Nathaniel is a true talent and we hope the people enjoy listening to this album as much as we loved making it.”

On YOURS, Nathaniel demonstrates his ability to express himself more completely then previously, by varying the mood of the music from familiar up-tempo-pop territory, to more emotional reflections.

“The album covers the themes of love, relationships and break-ups, but it also covers being yourself, and being inspired and confident enough to make the right choices in life. I think it covers a broad spectrum of lyrical ideas and in doing that I think it shows my versatility as an artist. For me, all these songs have their own particular story and sound. I wanted to make sure that I created an album in which every song was different, and I think we achieved that.”

Nathaniel has certainly succeeded in creating a smart debut album which confidently expresses his vulnerable side, whilst being equally fun and dynamic at the same time. In addition to the 10 track Standard Edition of YOURS, Nathaniel will also release a 15 track Deluxe Edition exclusively through Sanity retailers nationally. 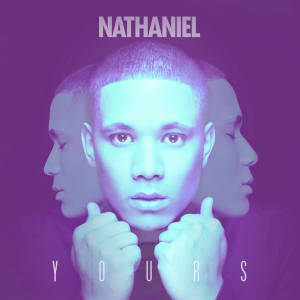 Raised in a musical South African family in Australia, Nathaniel began singing at an early age before being encouraged to pursue his musical passions. Vocal lessons followed alongside talent competitions, whilst also utilising his own talent to assist others as a vocal teacher. His passion and dedication was soon recognised by industry insiders and in 2013 he signed a deal with the DNA Songs music label and Sony Music Entertainment Australia. As the first signing to Anthony Egizzi and David Musumeci’s DNA Songs, Nathaniel has the chance to work with Australia’s foremost song-writing and production team, who’ve been recognised for their massive success with the likes of Guy Sebastian, Delta Goodrem and The Veronicas. This prolific relationship has proven itself rewarding in multiple forms, including debut Top 5 ARIA single ‘You’ 2x Platinum accreditation, 2014’s Top 5 ARIA and 2x Platinum selling single ‘Live Louder’, as well as popular tracks ‘You’re Beautiful’ and ‘Flava’. YOURS marks the next exciting era in Nathaniel’s career.