Johnny Mathis Music Sony Music Australia The Singles by Caroline Russo | on August 1, 2015 | 0 comments | in Music | Like it 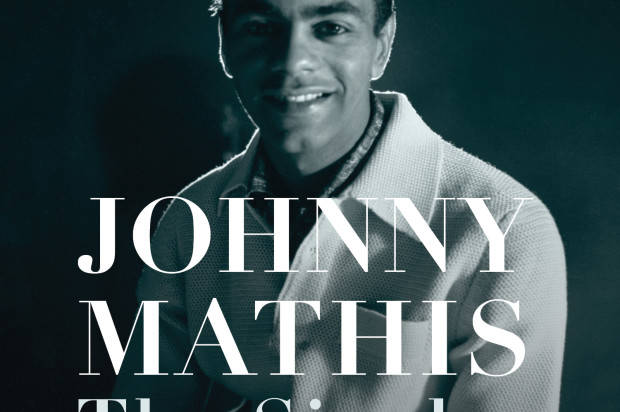 Sony Music Entertainment Australia and Columbia Records will celebrate the 80th birthday of legendary crooner Johnny Mathis with the release of JOHNNY MATHIS: THE SINGLES, a definitive four disc anthology, on September 25th, 2015.

Born September 30th, 1935, a then-teenaged Johnny Mathis signed with Columbia Records in 1956, first entering the Pop charts the following year with his inaugural Columbia single, “Wonderful! Wonderful!“. “Wonderful! Wonderful!” laid the foundation for one of the most remarkable careers in pop music history, leading to a string of singles successes including “It’s Not For Me To Say“, “Chances Are” and “The Twelfth Of Never“.

JOHNNY MATHIS: THE SINGLES brings together (for the first time in one anthology) every Johnny Mathis recording which was first issued for the singles market, as well as tracks released exclusively on compilations (1958’s JOHNNY’S GREATEST HITS (considered the first “greatest hits” collection ever created by the music industry), 1959’s MORE JOHNNY’S GREATEST HITS and 1981’s THE FIRST 25 YEARS- THE SILVER ANNIVERSARY ALBUM). 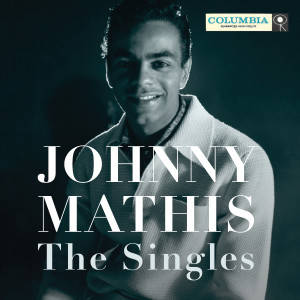 31 of the 87 tracks on JOHNNY MATHIS: THE SINGLES are being released on CD for the very first time. The four-disc anthology compiles every non-LP single side released for the label between 1956 and 1981. “When over the course of a career you record as many songs as I have recorded, you tend to forget a few“, says Johnny Mathis. “Revisiting this music was a complete surprise. I was thrilled beyond belief that some of the songs that I recorded specifically for single records, some of which had simply disappeared once they had been released, are now going to be heard again. Listening to this collection, not only was I amazed at how great it sounds, but I was being reminded of some songs I had totally forgotten. It is my greatest hope that my fans will share my enthusiasm.“

Perhaps best-known for his landmark singles “Chances Are“, “It’s Not For Me To Say” and “ 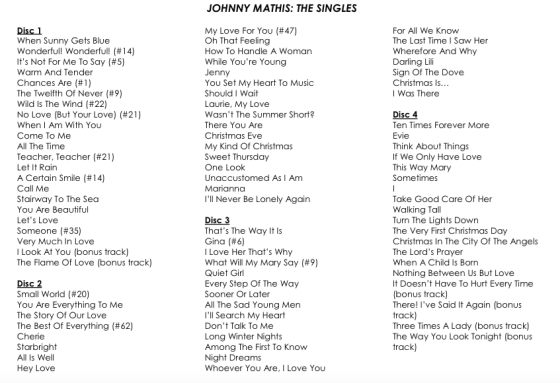