One Direction’s eagerly awaited sophomore album, Take Me Home, has today debuted at #1 on the ARIA album chart, with the album being certified Platinum in its first week.

The hugely anticipated new album made records around the world with the album hitting #1 on iTunes globally from pre orders alone with the announcement of the album release date back in September. 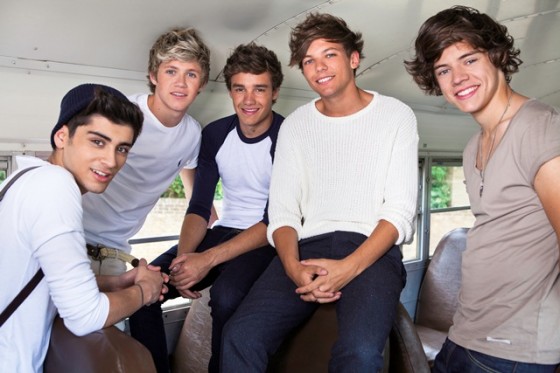 Niall Horan says: “Thank you to all the fans once again. We’re so happy with the success of the album in Australia and can’t wait to see everyone next year when we come back to tour!”

One Direction will be performing their current single, Little Things, on the Grand Final of The X Factor on Tuesday November 20th, to be screened on Channel 7 from 7:30pm.

One Direction have just returned home to the UK after promotion in the United States, which saw an incredible 15,000 people turn out at Rockefeller Centre in New York City this week to catch a glimpse of the band perform on the NBC Today Show. The Ellen Show also embraced 1D mania this week. Fans scrambled to be one of the lucky 5000 to secure tickets to watch a 2 song performance, crashing the popular TV show’s website after the announcement of the ‘Bring 1D to Ellen,’ which aired in Australia on Friday November 16th.

One Direction’s debut album UP ALL NIGHT has to date reached No.1 in 17 countries – becoming the first UK band to debut at No.1 on the US Billboard chart with their first album. UP ALL NIGHT is certified triple platinum in Australia, their debut single, What Makes You Beautiful is 6x Platinum and One Thing is now triple platinum. UP ALL NIGHT: THE LIVE TOUR DVD is an incredible 7x platinum. They’ve sold out tours across the UK, USA, Australia and New Zealand, alongside New York’s Madison Square Garden along the way. One Direction’s live DVD has also been an amazing success, reaching No.1 in 27 different countries. One Direction have accumulated over 800 million views on VEVO, 532 million YouTube views, over 43 million followers on Twitter and 11 million followers on Facebook.In Spring 2013, One Direction will begin their sold out World Tour in the UK, which includes a massive nine shows at London’s O2 Arena before heading to Australia for 20 sold out shows in September 2013.