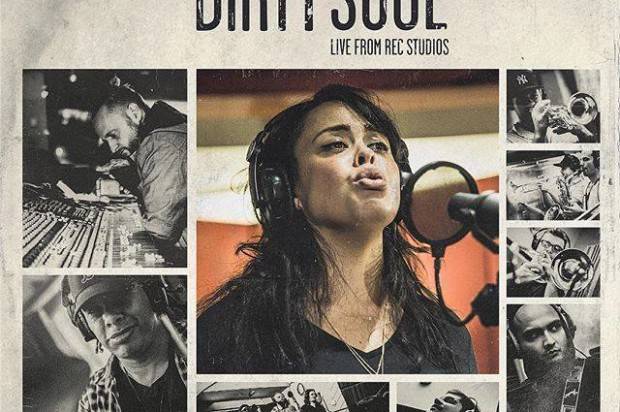 The debut album out August 28th

A soul singer like Ms Murphy does not come along very often. With a unique vocal tone that conveys heartache with honesty, strength and uncompromising conviction – THAT VOICE effortlessly leaves a powerful impression.

Now Ms Murphy is ready to take your hand and tell you a story; it’s a story of soul as told through the eyes of Ms Murphy; it’s ‘Dirty Soul‘.

The album (which includes hits such as Gimme Shelter, Express Yourself and When A Man Loves A Woman) was recorded live at REC Studios in Sydney boasting an authentic, bombastic vibrancy which only a live recording can achieve.

In each track, boasting Ms Murphy’s bold and distinctive delivery, heartfelt emotion is imbued in every vocal tone. After a childhood spent listening to her local church’s gospel music and, later, Motown records, her raw, powerhouse voice is undeniably one that cannot be taught.

It caught the attention of highly respected troubadour and national treasure Paul Kelly, who gave away two of his self-written songs, ‘Rising Moon’ and ‘Sure Got Me’, for the chanteuse to record. Ms Murphy was able to put her own spin on these tracks, which are rendered in the same 60s soul style as the rest of the album. Ms Murphy is also taking the album on the road… The Dirty Soul Revue:

The Dirty Soul Revue shows promise an experience away from the crazy, modern world, and back to a time of musical integrity and ingenuity, performed effortlessly by the incomparable Ms Murphy.

The audience is in for a rare treat as Ms Murphy performs the suite of classic soul favourites, from ‘Dirty Soul‘. The songs are given amplified meaning as the songstress interweaves them between a captivating and emotive narration. On stage will be the same dynamic full band that was used to record the album, treating audiences to the art of seamlessly combining music and theatre.