About the video from the Director Mikee Carpinter: “I wanted to time capture the band in a unique and iconic setting and Auckland’s ‘Civic Theatre’ was on the top of my list. I reached out to the venue and they were amazing in offering us up the venue to film in. The idea for the video was to create a very arty and stylised frames, with the band standing still like in a painting, but wanting to keep Alex (lead singer) moving. The song has a very slow & grooving pace and I wanted to match that, using long beautifully shot zooms.”

The band also recorded a LIVE version of their previous hit: ‘Hit Me Where it Hurts’ 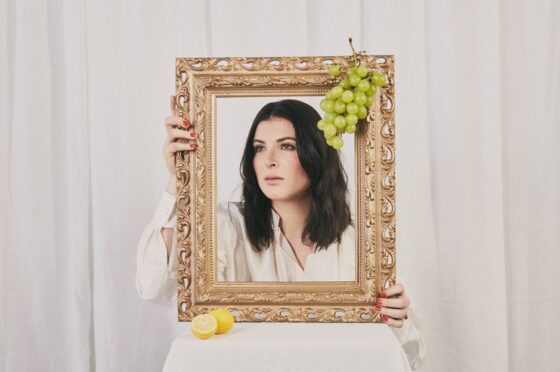 “It was a pleasure to collaborate again with Georgia on our third music video (Made For Loving) together. I wanted to approach the visuals in a more stripped back style, shooting with a small crew, all in studio and on beautiful Kodak Super8 film stock.

Georgia Lines Director of the Video concept focused on capturing Georgia in motion portraits, almost like a Victorian painting, that is coming to life more and more as the song progresses. Also interacting with still-life elements, which are living and physical. After creating a mood board of visual elements and references, it felt natural to shoot on film as opposed to emulating a film-look digitally. We now have a third chapter to our trilogy of music videos together and whilst they’re all quite different to one another, I feel like there’s a timeless theme that binds them together, providing a paired visual journey to Georgia’s beautiful music.” – Cam Neate.

‘Made for Loving’ out across all platforms now! Stay tuned for the Disco House remix by Jack Burton, coming soon!