NICK OFFERMAN AND MEGAN MULLALLY ARE READY TO TAKE YOU TO THE SUMMER OF 69: NO APOSTROPHE

Comedy Tour Megan Mullally Nick Offerman Summer of 69: No Apostrophe by Caroline Russo | on August 24, 2015 | 0 comments | in Theatre | Like it 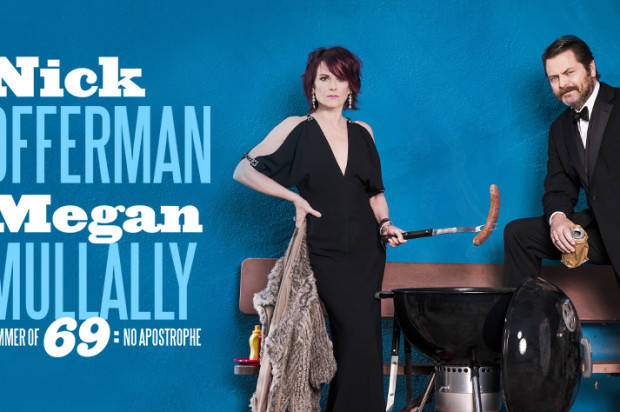 Award-winning US comedians and real-life married couple NICK OFFERMAN and MEGAN MULLALLY will tour Australia for the first time when they bring their Summer of 69: No Apostrophe comedy stage tour in early 2016.

The tour, promoted exclusively by Live Nation, will commence at Sydney’s State Theatre on Friday January 29 before heading onto Hobart, Melbourne, Perth, Adelaide and Brisbane.

Tickets for all shows go on sale at 10am this Thursday, August 27.

My Live Nation members can be amongst the first to secure tickets during the pre-sale beginning at 10am Tuesday, August 25. For complete tour and ticketing details, visit: www.livenation.com.au

He is Ron Swanson. She is Karen Walker. Together they are TV’s funniest duo and one of the Royal Couples of comedy. Nick Offerman (Parks and Recreation) and Megan Mullally (Will and Grace) met in 2000, at rehearsals for play The Berlin Circle and married three years later.

Now they’re taking their relationship to the stage for the exceedingly naughty and, frankly, hilarious show Summer of 69: No Apostrophe where they’ll be yanking the britches right off of their marriage.

Featuring songs, funny talking, heavy ribaldry, light petting and an astonishing final act of completion, they’ll be exposing all the salacious details of their fiery union for the world to enjoy. Over the past year, the tawdry twosome has been taking their show on the road throughout the US and will now bring the riotous raunch-fest to Australia.

Mullally has described the show as, “Like comedic sex-ed. I think the show will be rather graphic so, you know, don’t bring your 7-year-old, but we hope to be very informative. It’s very all-American, really. It’s going to be a variety show comprised of talking, singing and sex acts.”

Offerman added, “There’s an important subtitle in the show, and it’s ‘no apostrophe’. It’s about the greatest love relationship of all time.”

The accomplished entertainers have won multiple awards including two Emmy Awards and four Screen Actors Guild Awards for Megan Mullally, and a Television Critics Association Award and two Critics Choice Television Awards for Offerman. While having earned massive recognition for their work on-screen, the duo also thrives on stage in front of a live audience having most recently wowed audiences in the US with their work together Off-Broadway in the play “Annapurna.”

Don’t miss this rare opportunity to see this very unique creative comedy couple at their best. 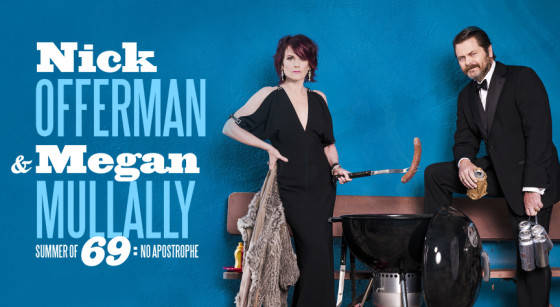