NICOLE KIDMAN PORTRAIT TO BE UNVEILED IN KNGS CROSS

binge Nicole kidman stream BINGE THE UNDOING by Caroline Russo | on November 14, 2020 | 0 comments | in arts | Like it 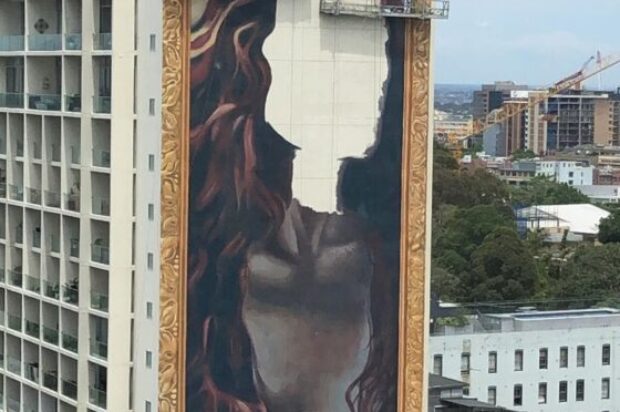 A huge 18-storey portrait of Nicole Kidman is being unveiled in the City of Sydney today. The portrait is a tribute to Kidman as one of Australia’s most decorated actors.

The massive 18.4 x 36.8 metre painting, the largest of its kind in the Southern Hemisphere, has been commissioned by BINGE, to celebrate Kidman’s hit new series The Undoing.

The portrait has been created by 11 talented artists from Apparition media and took over two weeks to create with a number of delays due to wind and rain.

The portrait can be seen on the side of the ‘Top of the Town’ building dwarfing the nearby Coca-Cola sign in Sydney’s Kings Cross. This location has never before been used for any activity of this kind.
· Nicole Kidman artwork can be viewed by the public from Saturday 14th – Tuesday 17th November Get 2 weeks free subscription with BINGE . No lock in