Official launch of Bombshell at The Village Theatre, Sanctuary Cove on August 17th 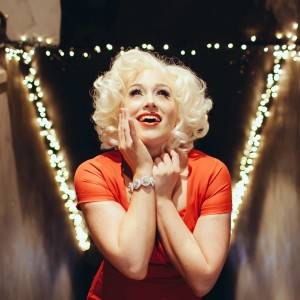 BOMBSHELL LAUNCH EVENT TO BE HELD AT SANCTUARY COVE

While her face may look familiar, she is so much more than meets the eye. Bombshell has her own story, her own style and much more to offer than just her platinum blonde hair and killer curves. After a lifetime of being both worshipped and penalised for her looks, she will hop off the pedestal and share her story, becoming a powerful voice for women everywhere.

Writer, Producer and Bombshell, Katherine Rodrigues, began her professional career playing Marilyn Monroe at Warner Bros. Movie World in 2007, soon following, Katherine landed the role of Francine in the original Australian production of Jersey Boys and then went on to join the cast of Hairspray performing in Melbourne and Sydney. Since returning to the Gold Coast in 2012, Katherine started developing Bombshell, with hope to provide unique, high quality entertainment to audiences throughout Australia whilst also spreading an important message of self-worth and empowerment.

“I’m so thrilled to be launching Bombshell to a public audience and in such a fantastic venue! I’m working with an incredibly talented team of people who are all just as passionate about bringing unique, world-class entertainment to audiences Australia wide! The launch night is going to be a spectacular event, definitely not to be missed.” said Katherine.