On Centre Stage. Bee Show with Comic Sting for Teens

bees javeenbah musical On Centre Stage. Bee Show with Comic Sting for Teens theatre reviews Gold Coast by Caroline Russo | on March 15, 2018 | 0 comments | in On Centre Stage | Like it 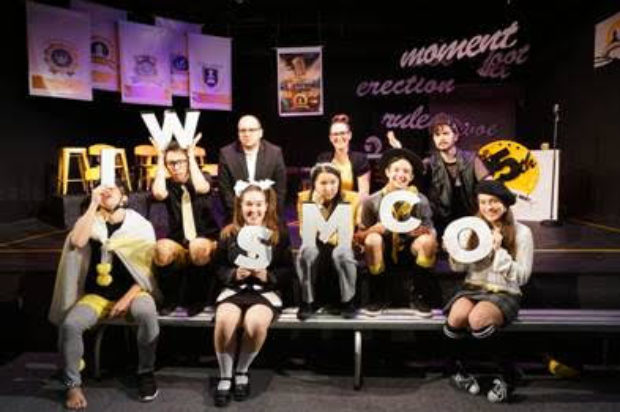 The show’s strengths lie in its energetic young players and teen age angst as school kids taking part in a junior spelling bee share their concerns about their seemingly complex lives.

Spelling Bees’ music is less consequential – and in fact there were sound issues on opening night which are reported to have been straightened out – although not unattractive.

The show is a fairly fast moving insight into the US passion for school spelling bees which don’t have quite the same role to play in Australia school life (although one commercial TV station did attempt to create a series on the theme).

Spelling bees have been a big deal in the US since the 1920s and there’s a lot of fun to be milked out of the format as the competitors ask for the meaning of words and their use in regular sentences. 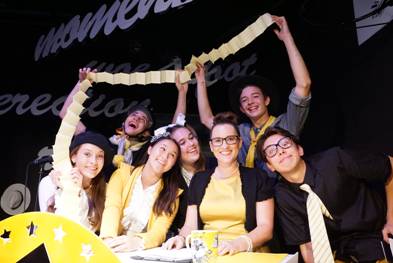 There’s a colourful mix of words on offer, and their usage, from troubled adjudicator Doug Panch (played by director Bradley Chapman) and that’s where the humour came from which won over this critic.

In between times the audience is privy to the contestant’s lives as they illustrate their hopes and fears in true Broadway style by breaking into song.

There’s also an opportunity for audience participation as members are invited to sign-up for the spelling bee and get their chance to be part of the show.

The Spelling Bee show, with music and lyrics by William Finn and book by Rachel Sheinkin, opened its Broadway run in 2005 and was nominated for six Tony Awards. It took out two gongs including one for best book.

The original Broadway cast recording was also nominated for a Grammy Award.

Spelling Bee had its origins in the world of improvisational theatre and ran for 1,136 performances on Broadway and has been seen around the world. Its Australian premiere took out the 2006 Helpmann Award for best musical.

The Javeenbah cast is largely made-up of young energetic and promising performers with a sprinkling of adults playing supporting roles.

A preview the night before opening was made up of young people who gave the show a spirited and raucous welcome and the opening night audience were also enthusiastic.