brisbane theatre muslim theatre reviews in brisbane what on now by Caroline Russo | on July 20, 2018 | 0 comments | in On Centre Stage | Like it 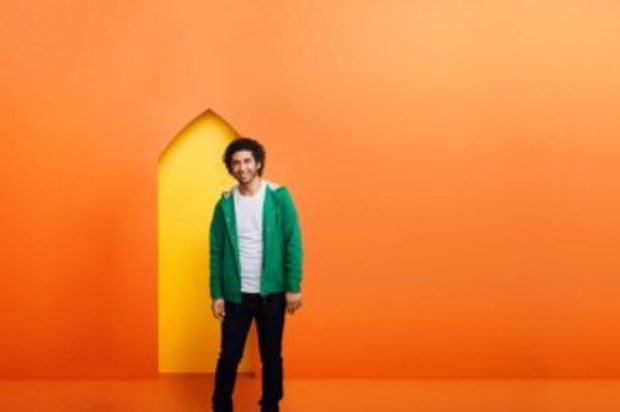 Time 85 minutes (no interval).Runs till August 4.

The play – adapted from Osamah Sami’s bestselling book – opens with a simple premise and quickly spins out of control into chaos.

Osamah (Osamah Sami), this is autobiographical, is an Aussie whose life is spinning out of control as he deals with a failing marriage and a growing alcohol problem with a dash of sexual promiscuity thrown in for good measure.

His Iraqi-born Dad (Rodney Afif), a wise cleric who brought his family from Iran, believes his actor son (whom he sensible doesn’t seem to judge) would benefit by returning to his roots.

The two – despite Osama’s protests – head off for a bonding trip to Iran only to have the trip shattered when Dad suddenly dies.

In the blink of an eye Osamah has to turn from reluctant, indifferent, son to principle career who has to navigate his way through an often – but not always – heartless bureaucratic maze.

This is a three hander with Afif and Nicole Nabout playing all the cameo characters – Dad, Mum, friends, counter clerks, soldiers, police and incidental characters – while Osamah Sam is Osamah Sami taking us on his extremely personal journey.

In one way it is a traveller’s story, as Osamah battles to overcome the bureaucracy which stopping him bringing Dad home, but it is also the refugees’ story.

Humanity – wherever – must never lose sight of the basic fact that refugees, whatever their circumstances, are human beings.

Good Muslim Boy is a powerful, fast moving and sometimes funny account of one individual’s battle to find himself and connect with a family and heritage he basically loves.

Good Muslim Boy is both an ethic and universal storywhich touches lives.

As Sami himself says, “Show me a close up of tears rolling down someone’s face and there is no way I could label them as Muslim tears or Jewish tears or African tears or gay tears…”

His other great line is: “Refugees don’t want sympathy …Empathy on the other hand can heal our wounds.”

Lots of humour, action and more over food for thought in this terrific little play.