brisbane events now circus acts KURIOS – Cabinet of Curiosities one to one touring international act 2020 by Caroline Russo | on January 11, 2020 | 0 comments | in Entertainment | Like it 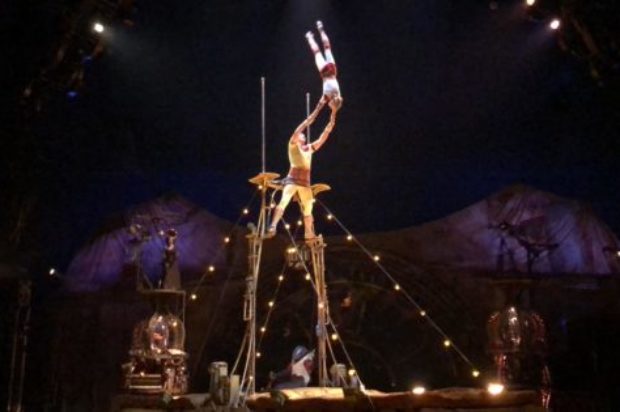 The internationally recognised Cirque du Soleil is back in Brisbane for the opening of its most acclaimed show to date, KURIOS – Cabinet of Curiosities. Ahead of its Brisbane premiere, Hush Hush Biz sat down with performers Joe Darke (The Accordion Man) and Sophie Guay (Street Singer) to chat about their roles in the show and what audiences can expect.

How did you get your start in show business?

Joe: I’d been acting since I was around ten years old, I kind of fell into the circus. I worked as a puppeteer for a while and Cirque du Soleil pulled me out from that, and in the show I actually work as a finger puppeteer too. The first time I saw a circus show I never imagined I’d be a part of one, so it’s a real honour and privilege to be amongst so many talented people, all at the very top of their profession. 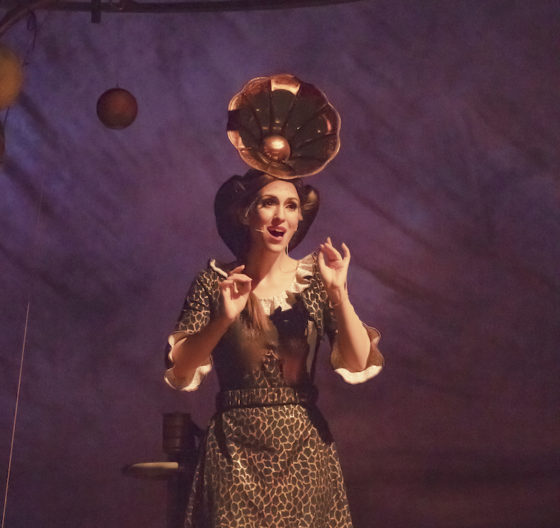 Sophie: I’d been singing since I was very little, but I didn’t study anything when I was younger, so I went into hairdressing. One day I really wanted to sing in a big show back in Quebec. I didn’t know how to enter, but I saw they had wigs so I thought I could be a hairdresser there, and started there. From there, I found my way into singing in the show. This had been my dream at the time until someone asked me, “what would be your next dream?” and I was like “well singing in Cirque du Soleil would be pretty amazing!” I saw an audition on Facebook, I applied for it and a few days later they contacted me and this is where I started back in 2011. I’ve been in this show for three years now.

What preparations do you have to do before each show?

Joe: First off is making sure I’m stretched, because we’re always doing things slightly out of the ordinary. Even if we’re not doing those physically intensive acts, no matter what part you’re doing in the show, you need to be limber because it’s an intensive schedule. It’s like eight to ten shows a week and you can’t be getting injured for any silly little things. Also for me, it’s being mentally prepared and finding that character so that when I go out on stage, he’s already there.

Sophie: I get about two to three hours before the show, I take about an hour to do my makeup. After that I need to braid my hair to make the wig prep. After that, I eat a little bit, then I warm up vocally. My vocal warmup can take up to ten to twenty minutes. I don’t try to warm up too much so I don’t exhaust my voice as well, just to make sure it is awake before I go out and sing for two and a half hours. 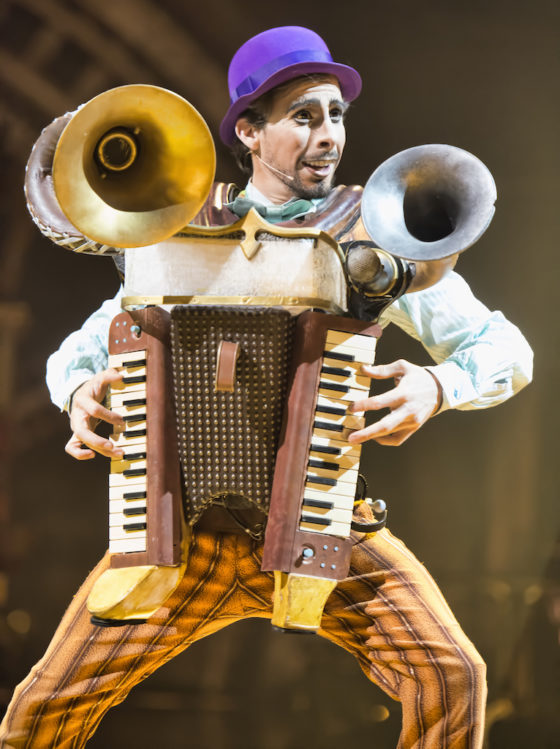 What can audiences expect going into this show?

Joe: It may sound cheesy but expect the unexpected. That’s the whole premise of the show, making seemingly impossible things possible. That’s our aim, to show things that you’ve never seen before, and there are acts in the show that you will not find anywhere else. We’ve got some real tricks up our sleeve for this one.

Cirque du Soleil presents KURIOS – Cabinet of Curiosities runs from 10th January until 23rd February 2020, under the grey and white Big Top at Northshore Hamilton. For more information regarding bookings, head to www.cirquedusoleil.com/kurios