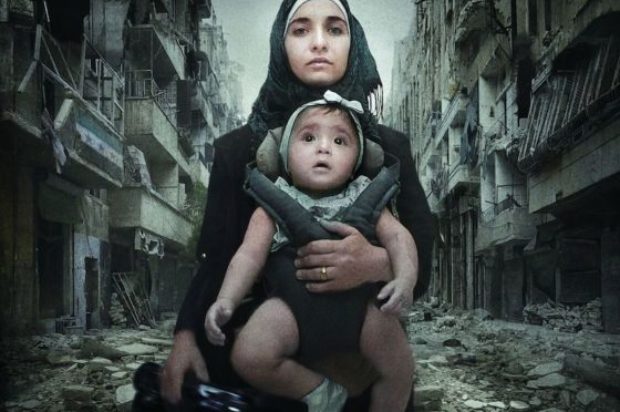 The 92nd Academy Awards® are almost here and we’re delighted that two films slated for local release by Umbrella Entertainment have been announced as nominees.

Included in the category for Best Documentary Feature, FOR SAMA is a courageous chronicle of a woman, wife and mother trying to survive in the midst of the 21st century’s most brutal war zone.

Filmed over four years by Waad al-Kateab, a 20-year-old student and amateur filmmaker, this personal account of the Syrian conflict, also directed by al-Kateab in collaboration with Emmy Award-winning director Edward Watts, has been hailed by international critics and audiences and won both the Grand Jury and Audience Awards for Best Documentary at SXSW as well as the Cannes L’Œil D’Or for Documentary. FOR SAMA will screen in cinemas from 6 February.

HONEYLAND, a poetic and unforgettable portrait of a female beekeeper living in virtual isolation within the Macedonian countryside, has been honoured with two nominations in the categories of Best International Feature Film and Best Documentary Feature.

This beautiful film, which also serves as an intimate vérité character study, was shot over three years and follows apiarist Hatidze who lives in a remote cottage with her frail, elderly mother. Content to tend to her bees whilst plying her ancient trade, her life is disrupted when a large family and their herd of cattle descend upon her deserted mountain valley, threatening the delicate balance between mankind and nature. Already winner of multiple critical accolades including the World Cinema Grand Jury Prize, Cinematography Award and World Cinema Documentary Special Jury Award at Sundance 2019, HONEYLAND is directed by Tamara Kotevska and Ljubomir Stefanov and will release theatrically on 5 March.