OVER THE FENCE FILM COMEDY SHORTS IS BACK IN BRISBANE

Comedy Film Festival film networks international shorts over the fence by Caroline Russo | on August 13, 2015 | 0 comments | in Film Festival | Like it 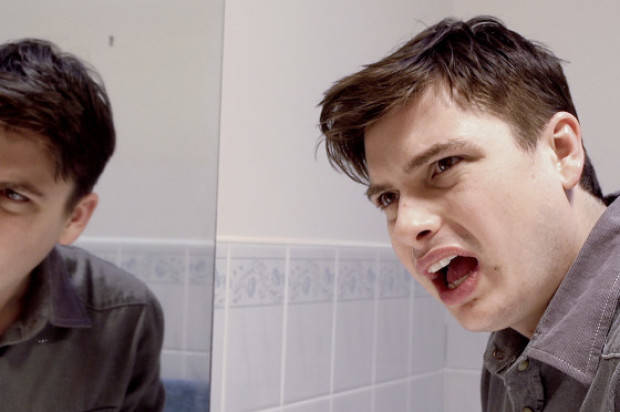 “Anything can be said with an excellent sense of humor.”

Queensland Film & TV Events is pleased to announce 17th Over The Fence Comedy Short Film Festival coming to Brisbane on the 23rd of August at New Farm Cinema 6.

In association with festival director and co-founder, Greg Coffey, Queensland Film & TV Events is presenting the 17th edition of Over The Fence, with this years theme revolving around Love, Angst and Other Deceptions.

There will be an amazing selection of twelve comedy shorts dealing with Angst and the Peculiar Deception life (and filmmakers) can take us on. We delve in to ‘dreams & peeing in bed! a faecal existential crisis‘many failed suicide attempts that first ‘meeting with your girlfriend’s parents, and if you think that’s gotta be seriously & wickedly odd then wait till you see the bizarre world of the new middle class desperately looking young and the trials of love, love and love’s failure!!!

The purpose of the festival is to celebrate an excellent sense of humor and provide new and independent filmmakers with an opportunity to screen their masterpieces. Over The Fence is a not-for-profit arts organization whose principles are: fun, innovation, entertainment, and supporting emerging and independent filmmakers; the life blood of a vibrant, growing industry.

Don Percy says “As a filmmaker and storyteller, my primary aim is to connect with an audience. Over The Fence offers a fabulous traveling show that ensures a wide spread reach across Australia.”

The Over The Fence Comedy Film Festival has a long history as the largest touring comedy film festival in Australia, spending the last 16 years taking new and independent Australian short films to almost every corner of the country. From 2003, they have expanded the tour to include several international venues, including Brazil, Malaysia, India, the US and the UK.

Tickets for the event are $29.00 or $25.00 concession plus a booking fee, $20.00 for students for group of ten. The event includes a great value goodie bag, social photos and network beforehand with Hush hush biz, tickets to the lucky draw prizes and afternoon of fun.
Arrival time will be at 3:00PM to get into the social photos in the foyer. Screening starts at 4:00PM with a running time of 120 minutes.
Sponsor to our great goodie bag are Nescafe, Nerdia Tea, Urbbana, Sit down Comedy Club, New Farm Cinemas, Stefan,Starshots, Elle Bache,Village News Magazine, Fabulous Pilates.

Be quick as seating is limited for this one time screening! The festival will have an Exemption from Classification 15+ and anyone under the age of 15 must be accompanied by a parent or guardian.

Get ready for the incredibly rich & strange worlds according to twelve amazing filmmakers from across the planet, and, all with an excellent sense of humour.
For bookings go online to New Farm Cinema or phone 07 3358 4444
http://newfarmcinemas.com.au
Tickets can be purchased at: https://ticketing.us.veezi.com/purchase/11023?siteToken=jzoxXC8MrUa%2FHqsN6JpvZw%3D%3D
For any info email Caroline Russo at [email protected]