PREVIEW TICKETS $20 FOR THE BOOK OF MORMAN OFFER

MUSICAL QPAC ONE OFFER PREVIEW THEATRE PREVIEW TICKETS THE BOOK OF MORMON TICKET SALE by Caroline Russo | on March 7, 2019 | 1 comment | in Entertainment | Like it 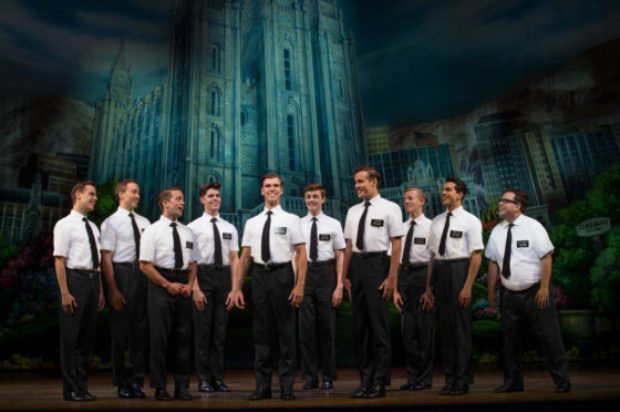 PREVIEW PERFORMANCE ADDED ON 15 MARCH
WITH ALL SEATS AT $20. BE QUICK ON THIS

An additional preview was announced today for the upcoming Brisbane season of The Book of Mormon, on Friday 15 March at 7:30pm at the Lyric Theatre, QPAC. This will be the first chance for fans to see the much-anticipated Broadway smash hit in Brisbane. All tickets for this special preview will cost only $20.00 and go on sale at 9am on Monday 11 March at QPAC.

Tickets for this preview performance are only available in person through the QPAC box office which will open at 9am on Monday 11 March. Fans are encouraged to queue up as early as possible (coffee will be available for sale at QPAC from 6am) since tickets will be allocated on a strictly ‘first come-first served’ basis. Up to two tickets may be purchased per customer and valid ID must be shown during the transaction (this ID will be used for identification on the day of the performance). All tickets are subject to availability and cannot be re-sold.

The Book of Mormon has notched up 816 Australian performances since opening at Melbourne’s Princess Theatre in January 2017 for a one year run, before moving to the Sydney Lyric Theatre from February 2018 where it played for a further year.

Winner of nine Tony Awards® including Best Musical, the Grammy® for Best Musical Theatre album and four Olivier Awards® including Best New Musical, The Book of Mormon set a record for the highest grossing on-sale of any musical theatre production in Sydney’s history with more than 45,000 tickets sold by the end of the first day of public sales, and is the highest grossing musical in the Princess Theatre’s 159-year history in Melbourne.

At the 2017 Helpmann Awards, The Book of Mormon was crowned winner of the coveted Best Musical award, while Trey Parker and Casey Nicholaw were awarded Best Direction of a Musical.

Since making its world premiere in March 2011 at New York’s Eugene O’Neill Theatre, where it won nine Tony® Awards, including Best Musical, The Book of Mormon has been performed on three continents and won over thirty international awards. The musical has smashed long-standing box office records in New York, London, Melbourne, Sydney and cities across the U.S.

The London production opened in February 2013, winning four Olivier Awards® including Best New Musical, and breaking the record for the highest single day of sales in West End history. It has sold out every one of its 2,507 performances to date at the Prince of Wales Theatre.

“The best musical of this century.”
Ben Brantley, The New York Times

The Book of Mormon is produced in Australia by Anne Garefino, Scott Rudin, Important Musicals and John Frost.