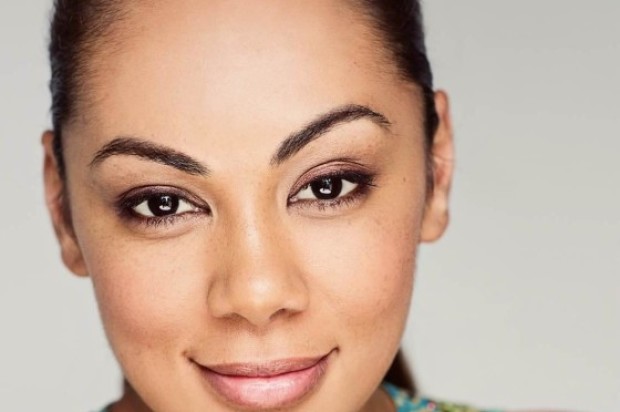 Producers John Frost, Michael Harrison and David Ian today announced that one of Australia’s most exciting triple threat performers, Prinnie Stevens, will be joining the cast of the international award- winning hit musical THE BODYGUARD. Prinnie will play the role of Nicki Marron, the sister of Rachel Marron, played by Paulini, in the 2017 Australian tour. Prinnie has appeared in such musicals as Rent, Thriller Live and Oh, What A Night! for which she was nominated for a Helpmann Award, and is best known to television audiences as a finalist on The Voice.
The 2017 Australian tour of THE BODYGUARD will commence at the Sydney Lyric Theatre on 22 April 2017, before playing at the Lyric Theatre, QPAC, Brisbane from 19 July and the Regent Theatre, Melbourne from August.

“We are very excited that the wonderful Prinnie Stevens will be joining Paulini in THE BODYGUARD,” said John Frost on behalf of his co-producers. “With these two extraordinary performers singing a soundtrack of incredible Whitney Houston songs, audiences are sure to be enthralled. I have no doubt Australia will fall in love with this iconic story and those soaring ballads all over again, especially with Paulini and Prinnie leading the cast. I’m also looking forward to announcing their co-star soon, our leading man, ‘the Bodyguard’”.
Based on the smash-hit Warner Bros 1992 film starring Whitney Houston and Kevin Costner and written by the acclaimed, Oscar-nominated screenwriter Lawrence Kasdan (Raiders of the Lost Ark, The Big Chill, The Empire Strikes Back), THE BODYGUARD features a book by Oscar winner Alexander Dinelaris (Birdman).

Former Secret Service agent turned bodyguard Frank Farmer is hired to protect superstar singer Rachel Marron from an unknown stalker. Each expects to be in charge – what they don’t expect is to fall in love.
A ‘BRILLIANT!’ (The Times), breathtakingly romantic thriller, THE BODYGUARD includes a whole host of Whitney Houston’s greatest hits including Queen of the Night, So Emotional, One Moment in Time, Saving All My Love, Run to You, I Have Nothing, Greatest Love Of All, Million Dollar Bill, I Wanna Dance With Somebody and one of the greatest hit songs of all time – I Will Always Love You.
www.thebodyguardmusical.com.au @TheBodyguardAU #TheBodyguardAU
 
SEASON DETAILS SYDNEY
Venue
Season Performance Times Prices:
Bookings:
Sydney Lyric Theatre, The Star
From 22 April 2017
Tues 7pm, Wed-Sat 8pm, Matinees Tues & Wed 1pm, Sat & Sun 2pm, Sun 6pm From $69.90*
ticketmaster.com.au or 1300 795 267
Groups 8+ call 1300 889 278
*A ticketmaster handling fee of $8.45 will be levied at purchase. A delivery fee may also apply depending on the chosen delivery method
BRISBANE
Venue
Season Performance Times Prices:
Lyric Theatre, QPAC
From 19 July 2017
Wed to Sat 7.30pm, Matinees Wed 1pm, Sat 2pm, Sun 1pm & 6pm From $69.90*
qpac.com.au or 136 246
Groups 8+ call 07 3840 7466