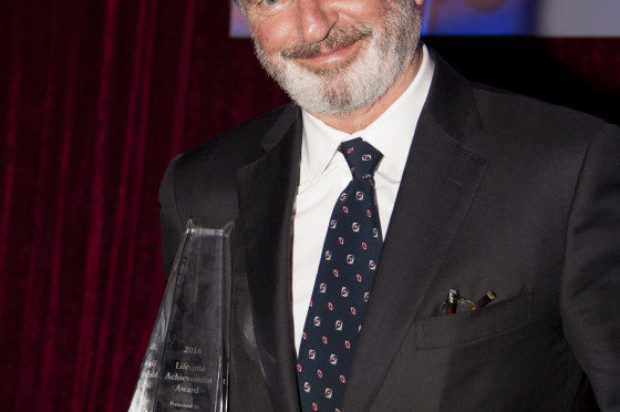 Foxtel today announced that production has commenced on Uncharted with Sam Neill, a six part series following Captain James Cook’s three voyages to the Pacific – from the Arctic to the Antarctic, and from Tahiti to Australia and New Zealand. Produced by Essential Media & Entertainment and Frame Up Films, the series has also secured funding support from Screen Australia and NZ On Air (NZ).

Captain James Cook first set sail to the Pacific in 1768. These vast waters, one third of the earth’s surface, were uncharted – but not unknown. A rich diversity of people and cultures navigated, traded, lived and fought here for thousands of years. Before Cook, the Pacific was disconnected from the power and ideas of Europe, Asia and America. In the wake of Cook, everything changed.

Across six stunningly beautiful episodes, actor and raconteur Sam Neill takes a deeply personal, present-day voyage to map his own understanding of James Cook, Europe’s greatest navigator, and the immense Pacific Ocean itself.
Sam Neill said, “While there is no question that Cook was one of the greatest explorers and navigators of all time, every place he ‘discovered’ had been discovered hundreds if not thousands of years before, everywhere unknown was already known, every place he claimed for the crown was already occupied. Everywhere he went he was quickly followed by others who had mostly an utterly devastating effect on those who had gone before – those who had found and settled in this vast Ocean.

“Of particular fascination to me are those initial awkward, often funny, sometimes tragic first encounters. We are looking at Cook, but we are also looking at the before and after of Cook. We are People of the Pacific, and this is our story as well.”

Voyaging on a wide variety on vessels, from container ships to fishing trawlers and sailing boats, Sam crosses the length and breadth of the largest ocean in the world to experience for himself a contemporary journey in Cook’s footsteps. Dynamic sequences see Sam engaging the past and present in both modern and ancient cultural practice. Encountering the same peoples Cook encountered, Sam will hear – and feel – their point of view on Cook’s visits. And the story is a complex one.

Foxtel’s General Manager for Factual, Jim Buchan said, “Captain Cook’s three epic voyages contain some of the most incredibly fundamental events that changed the world, especially our collective history in both Australian and New Zealand.

“We’re thrilled that Sam Neill, a brilliant storyteller with a lifelong passion for Cook’s story has teamed with Essential Media and us at the HISTORY channel in bringing our audience this timely contemporary series.”

Shot in high definition with lush aerial photography, the series will excite the mind and senses with an untold story of our own backyard.

Uncharted with Sam Neill is directed by Sally Aitken (David Stratton: A Cinematic Life, Streets of Your Town, Getting Frank Gehry) and Kriv Stenders (Red Dog, Australia Day, Why Anzac with Sam Neill, The Go-Betweens: Right Here) and produced by Essential Media & Entertainment and Frame Up Films with the support of NZ On Air (NZ) and Screen Australia, in association with Create NSW. The series will air on Foxtel’s HISTORY channel in 2018.