QA WITH MUSIC BAND THE WHITLAMS 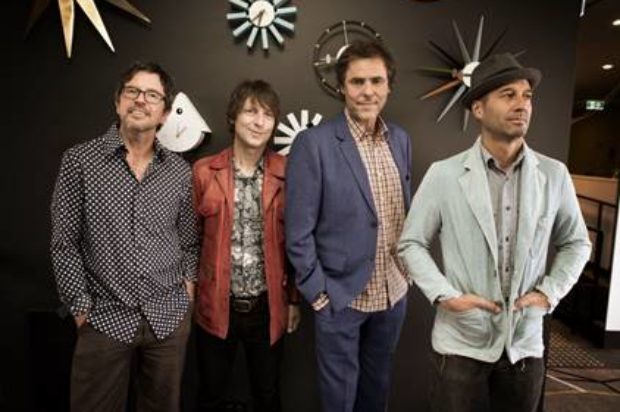 Q & A WITH THE WHITLAMS
The Whitlams will tour nationally in May and June 2018 in their classic four-piece configuration to bring their 25th year to a rowdy finale.

Starting the anniversary year in May 2017 selling out concert halls in each state capital with 60 piece orchestras, they end it with a jaunt through their favourite pub gigs around the country. They are ditching the conductor and the charts, and are back to the common muscle-memory of 1000 shows and six albums. It was great to hear from the band as to their tour.

What was the motivation behind going back on tour?

We like to do a solid one or two months a year so the band can get back to its best and watch decades fall away. We have a ball.

Did you ever imagine your music would still be listened to 25 years down the track?

10 years seemed a lifetime away, 25 years was not on the radar back then.

How is it different playing together and touring this time around compared to when you started out?

We are better at it now, so it’s good to surprise people with a great quality show. Luckily we are not in athletics or football.

You have played with various orchestras how did the opportunity to
tour with the Western Australian orchestra come about?

They heard about my shows with the Australian Chamber Orchestra and took a gamble to see if it worked when it was beefed up even more. I’m glad they did because it worked so well we have gone back to the symphony orchestras every three of four years.

You’ve already sold out your Brisbane date 3 months in advance was that a surprise or have your fans always been very loyal?

Ever since we started doing four nights at The Zoo in the 90’s we seemed to have put on ebullient shows in Brisbane. I’m glad they remember.

Do you think your lyrics are as relevant now as when you wrote them?

Unfortunately, Blow Up the Pokies certainly still is. And a good story is always a good story whether it is historical or not?

In the lyrics of no aphrodisiac like loneliness you mention a message
on a cassette do you think people are more or less lonely now with social media and tinder etc?

Previously Tim did a chat tour can you tell us s little bit about that experience?

I like putting the songs into a narrative. I’ve done “Girlfriends” and “The Story of the Band”. I’m not sure there is a third in the catalogue, I’d have to get the magnifying glass out..

There have also been some collaborations with film with your Flix in the Sticks tour do you want to get into film more in any way?

That was just playing a show before the films, not during them…

What can fans expect from this tour will you be playing any new music
or is it an opportunity to hear the favourites with an amazing
orchestra?

This is the four piece band touring the country. There will be six songs we haven’t played before, covers and album tracks. And the regulars of course.