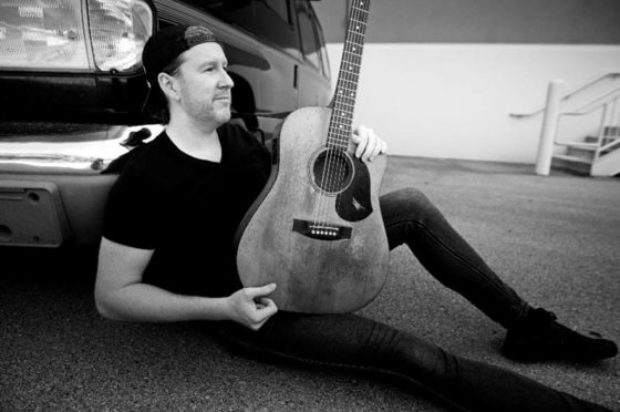 QA With Australian based music artist Michael Edser.
Michael was originally from Newcastle, Americana / Country Folk artist Grayson relocated to Nashville in 2011, which followed on from a stint in Europe where he toured with some of the biggest names in Ireland including Aslan, Bagatelle and John Spillane. He has also performed with Aussie legends Jimmy Barnes, The Whitlams and Vanessa Amorosi (amongst others) back home in Australia. He’s had an incredible career to date, and we took chance to do a QA.

Q: What inspired you to write “Margherita”?
A: Margarita was inspired by my love of life! Drinks, the beach, summertime and good friends. Its how life should be!

Q: Are you working on a new album?
A: Currently working on my 5th studio album ‘Window Dreams’. It will be very different to the current single. A ;little more folk Americana driven

Q: Is performing in Nashville different to performing in Tamworth? Is there a different vibe from the audience?
A: The difference is day and night. At the peak of the festival in Tamworth is probably comparable to a quiet Monday night on Broadway in Nashville. Nashville is one constant big party full of drunks. Tamworth people turn up and listen. Its a much nicer vibe for a performer.

Q: You’ve performed with Aussie rock legend, Jimmy Barnes. What was that like?
A: Performing with Barnsey was bloody epic! #dreamcometrue

Q: When you first relocated to Nashville, what surprised you most about this city?
A: I didn’t realize how big it would be and how everyone is someone or knows someone in the bizz. Its a crazy town!

Q: If you had the opportunity to work on a collaborative album with any country/folk music star, who would it be and why?
A: 8. Keith Urban. He is the man!

Q: Who inspires you?
A: My son inspires me. He is 11 months old but he is the reason I get out of bed everyday and work hard. I want the world for him.

Q: What advice would you give to up-and-coming singers who want to make it big in Nashville?
A: Don’t come here for a week and think you are going to make it. Nashville turns its back to people who fly in and fly out. Move here. Do it legally. Earn your stars and stripes and don’t take shortcuts.