BRISBANE WHAT ON new farm cinema QA ZELOS by Caroline Russo | on September 2, 2017 | 0 comments | in Film News | Like it 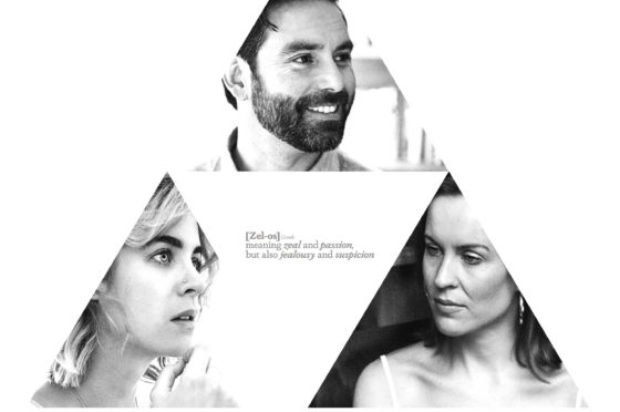 ZELOS meaning ZEAL and PASSION, but also JEALOUSY and SUSPICION.

A coming of age story for thirty somethings, Zelos deals with two people grappling with the
aftermath of an affair. It asks the question, how far would you go to save your relationship –
if your partner gave you a free pass to sleep with someone else?
Can settling the score ever bring love back?
ZELOS will be released in Australian cinemas from the 8th of September, starting with an
exclusive Q&A Screening at the New Farm Cinemas in Brisbane.
From director Jo-Anne Brechin and writer Claire Harris, ZELOS is a discerning antidote to the
deluge of superhero films currently cluttering cinema screens.
Continued
Aussie actors Shannon Ashlyn (BBC’s Dripping in Chocolate, Puberty Blues, Devil’s Dust, Love
Child & Wolf Creek 2) and Logie nominated Ben Mortley (Lantana, Drift, Foreshadow, Pinch)
star, alongside venerable stage talents Leigh Scully, Ainslie McGlynn and the legendary AFI
nominated Jeanie Drynan (Muriel’s Wedding) – delivering nuanced performances usually
reserved for American “smarthouse” films such as Francis Ha and Drinking Buddies.
Synopsis:
Bernard is the thirty-something he always planned to be. He has a successful career, a
meticulously neat beachside apartment and a hairstyle with just the right amount of gel.
He adores his girlfriend Sarah who’s about to move in when she returns from overseas. But
Bernard’s pristine existence is turned upside down when Sarah confesses her holiday romance.
To salvage the relationship, Sarah insists they equal the playing field: Bernard should sleep with
another woman.
A man who would never cheat is asked by the woman he loves to have sex with someone else
to save their relationship – a compromise which may ultimately destroy them, as love becomes
corroded by jealousy.
Writer/producer Claire J Harris
There comes a time (or times) in every long-term relationship where the spectre of infidelity
emerges – whether real, imagined or a flirtation with the possibility. But what if, in trying to patch
up the fallout from an affair, you inadvertently worsened it? Zelos explores what happens when
jealousy becomes the central theme of a relationship, no matter how hard the two people
involved try to stop it.