ARTISTS SPACE Clancestry playlet QPAC by Caroline Russo | on August 13, 2019 | 0 comments | in Theatre | Like it 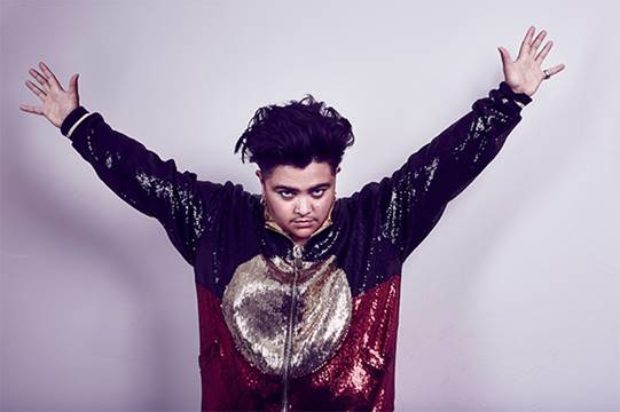 Queensland Performing Arts Centre (QPAC) has announced its program for Clancestry – A Celebration of Country, which will run from 18 November to 7 December 2019.

This year, Clancestry has evolved with the expansion of QPAC’s First Nations program to be a three-week calendar of live performance, creative development, public art and community gatherings.

“This additional funding has supported the expansion of Clancestry, which will be a celebration of First Nations culture and spirit,” Ms Enoch said.

“It is also exciting to see this year’s Clancestry expand its program to help to nurture and develop the next wave of First Nations artists in Queensland.”

QPAC Chief Executive John Kotzas said the evolution of Clancestry reflected the organisation’s aim to build the recognition, and celebration, of First Nations Peoples and culture; locally, nationally and internationally.

“Clancestry is all about exploring the diversity and identity of our First Nations Peoples and recognising the crucial role they have played in our historical, creative and cultural landscapes.

“This year’s program has a focus on theatre making and storytelling and, across the three weeks, audiences can expect some powerful and intimate moments intertwined with major public gatherings and statements,” Mr Kotzas said.

Hot on the heels of her Australian and European tour supporting Hilltop Hoods, ARIA-nominated Filipino Wiradjuri musician Mojo Juju will bring songs from her acclaimed third album Native Tongue (19 November) and the stories behind them to the Playhouse.

Over in the Cremorne Theatre, actor and playwright Sandy Greenwood will present her dynamic one-woman show Matriarch (27 to 30 November), illuminating the strength and resilience of four generations of Gumbaynggirr women, from the 1940s to today.

Asserting Aboriginal sovereignty with temporary installations on Country, Quandamooka artist Libby Harward will create site-specific installations and hold workshops throughout QPAC for Already Occupied (25 November to 1 December), an immense and stunning social commentary that takes colonial occupation materials and turns them into tools of resistance.

QPAC’s Playhouse Green will be reclaimed as a place for meeting, with Yawar (23 November) bringing together traditional and contemporary artists from Brisbane and South East Queensland in an exchange of song, dance and music.

Over on the Melbourne Street Green, free Community Nights will take place every Monday of Clancestry (18 and 25 November and 2 December) with themed evenings incorporating games, storytelling, music and singing.

And there is plenty more that will happen behind the scenes, as Clancestry hosts two weeks of creative development of new work.

As part of its year-round First Nations program, QPAC presents Seedlings, an incubator that over the past year has provided 16 practising artists with a creative and cultural space to explore, seed new ideas and challenge forms of expression.

Artists from the Sparks strand of Seedlings, which focuses on playwriting and is presented in conjunction with Playlab, will enter a two-week creative development process with a director and team of actors, followed by staged readings and conversations open to the public (30 November).

The Crab and the Mangrove Tree, a new Torres Strait Islander children’s work by Ilbijerri Theatre Company, in partnership with QPAC, Black Drum Productions and Saibai Island Akas, will also undergo creative development in QPAC’s Studio 1, to be presented to the public at a later date.

“This year’s Clancestry is filled with contemporary Aboriginal voices which celebrate love, loss, laughter and life; from Mojo Juju’s self-discovery laid bare, to Sandy Greenwood’s arresting look at the inheritance of skin colour and intergenerational trauma.

“When visitors come to QPAC throughout Clancestry I hope they will be challenged and inspired; whether it is from an interaction with Libby Harward’s large-scale artwork on Country, sitting in on the creative process of new First Nation’s work, or by joining the crowds and participating in a free Community Night,” Mr Kotzas said.