arts in brisbane musical comedy Queensland Cabaret Festival You: by Caroline Russo | on May 22, 2017 | 0 comments | in Theatre | Like it 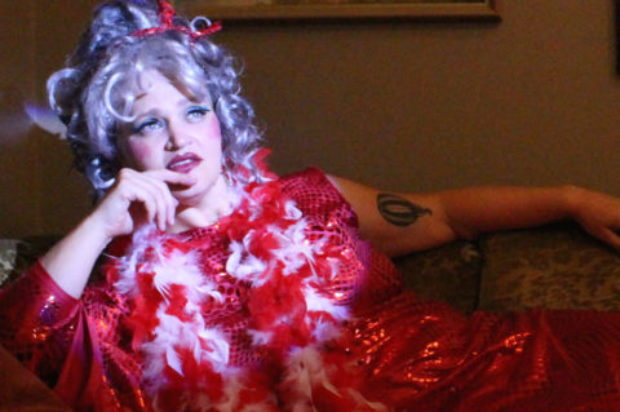 A cabaret created on the spot… all inspired by one audience member.

This is the concept of You: A Cabaret! – the brainchild of Brisbane’s award winning musical comedienne Jenny Wynter, which will be presented at Queensland Cabaret Festival on Friday June 9.

Wynter, who has built a reputation with her trademark of songs made up on the spot from audience input, says that extending the improvised musical component of her comedy into a full-length “highly experimental” show is as exciting and it is dangerous.

“I was really inspired by some shows I saw while I was training in improvised comedy at Loose Moose Theatre in Canada. There is a spectacular improviser there called Rebecca Northan who creates shows where she invites one audience member onstage and improvises an entire show with them.”

“It was an incredible thing to see and sparked the idea of combining the stuff I was already doing – improvising with audience participation from the crowd – and extending it to see whether I could make a whole show out of the highlights of one person’s life story. The audience member won’t be onstage with me for the whole thing though; they get to sit back and relax and watch the cabaret unfold.”

Wynter also took notes watching some of the best musical improvisers in New York during a trip late last year, where she also brought home the gong for Best Variety Show at NYC’s United Solo Festival.

“The standard of musical comedy there is ridiculous. It inspires you to take risks, to have fun with it and just focus on doing work that you’re not quite sure you can even pull off. It gave me the guts to try this out!”

But don’t most audience members squirm in their seats at the thought of coming onstage?

“I totally get why people feel terrified of that, but I’m absolutely never inviting somebody up so I can make them look stupid. It’s a brave thing to step onstage with me and I honour that by taking care of them and making sure they know I’m on their side!”

You: A Cabaret presented by Queensland Cabaret Festival