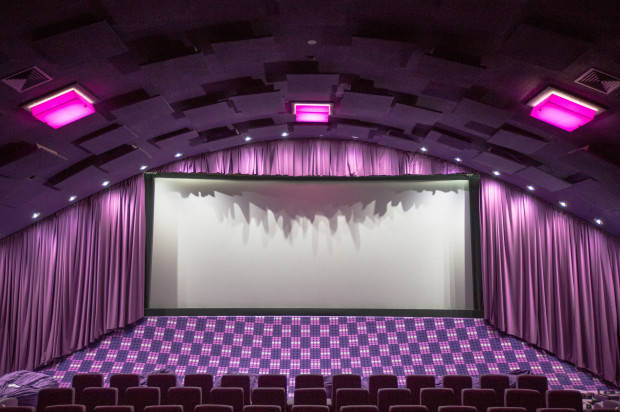 After bringing the best in international cinema to Brisbane in its debut year, the Queensland Film Festival (QFF) has doubled in size for its 2016 return. Taking place at New Farm Cinemas from July 15 to 24, the annual festival will screen 40 features and shorts, including 19 Australian premieres.

Championing excellence and variety in cinema via a carefully curated lineup, QFF’s second annual program opens with Pedro Almodovar’s Julieta, the Spanish master’s 20th feature. Screening direct from Cannes, Almodovar’s film promises a colourful, passionate, and provocative start to the festival as it explores the secret past, guilt, and transformative experiences of its titular character.

The rest of QFF’s 2016 selection continues to showcase the depth and breadth of contemporary filmmaking as a form of artistic expression across 20 features and 20 shorts. Highlights include The Red Turtle, Michael Dudock de Wit’s dialogue-free collaboration with storied Japanese animation house Studio Ghibli; Chevalier, a comedy about masculine competitiveness and another key work from the thriving Greek New Wave; Lucile Hadžihalilovic’s long awaited horror fable Evolution; and Dead Slow Ahead, a monumental documentary that explores cargo shipping as if they were interplanetary freight ships.

QFF is passionate about supporting local talent, with Sean Byrne’s (The Loved Ones) heavy metal horror effort The Devil’s Candy and Sydney-based Margot Nash’s documentary essay The Silences flying the flag for Australian filmmaking. Nodding to the now-lost film festivals of the city’s past, QFF will also celebrate the 50th anniversary of the first-ever Brisbane Film Festival with a restoration of Agnes Varda’s feminist and French New Wave masterpiece Cleo From 5 to 7, as well as a selection of shorts that screened at the first event. The festival will similarly mark the 25th anniversary of the Brisbane International Film Festival with a screening of David Cronenberg’s classic adaptation of William Burrough’s Naked Lunch.

Laurie Anderson’s memory, surveillance culture and the afterlife-fuelled Heart of a Dog, and Anna Biller’s lavish genre reconstruction The Love Witch help further flesh out this year’s program, alongside Guy Maddin’s ribald dissection of war Bring Me the Head of Tim Horton, and Chinese director Bi Gan’s striking debut Kaili Blues. QFF 2016 also highlights the duo of La Sapienza and The Son of Joseph from baroque filmmaker Eugène Green; the interconnected efforts of Ben Rivers’ The Sky Trembles and the Earth is Afraid and the Two Eyes are not Brothers and Oliver Laxe’s Mimosas; and the Australian Premiere of the restoration of Marketa Lazarová (1967), as co-presented with the Czech and Slovak Film Festival.

For cinephiles keen to start their festival-going early, QFF will host a free special screening on July 9 in the lead up to the main event, featuring Mathieu Kleyebe Abonnenc’s surrealist piece Sector IX B, plus short films A Distant Episode and Towards the Possible Film. And because the festival is also about discussing the art and history of filmmaking and filmmaking culture, audiences can enjoy a series of discussion panels, including The Art and Craft of Editing in Eugène Green’s La Sapienza and The Son of Joseph as presented with the Australian Screen Editor’s guild and the ARC Centre of Excellence for the History of Emotions. Furthermore, the festival reflects on the history of Brisbane film culture with Fifty Years of Film Festivals – Remembering BFF courtesy of a presentation by QFF co-director Huw Walmsley-Evans and QUT’s Dr Tess Van Hemert.

QFF’s 2016 return is a direct result of the enthusiastic response to last year’s program, as co-directors John Edmond and Huw Walmsley-Evans note. “Strong community support from both our partners and the general public has ensured that we could increase the number of screenings, and these are films that it’s important that the Brisbane public have a chance to see,” Edmond says. “QFF’s first year proved what we knew to be true: Brisbane wants to see the best that the thriving world cinema has to offer,” furthers Walmsley-Evans.