films in brisbane new farm cinema Queensland Film Festival by Caroline Russo | on July 7, 2017 | 0 comments | in Film Festival | Like it 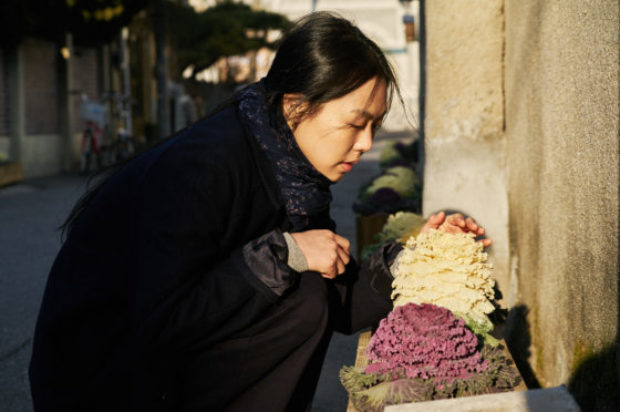 The Queensland Film Festival (QFF) returns in 2017 with its biggest celebration of cinema to date. Screening from July 13 to 23 at New Farm Cinemas, the Gallery of Modern Art, and the Institute of Modern Art, the Brisbane-based international film festival has increased in size by 50% since 2016, with this year’s lineup boasting 62 features and shorts, including 46 Australian premieres.

Once again offering an eclectic, energetic, carefully curated showcase of cinematic excellence, QFF’s third annual program opens with Claire’s Camera from Korean master Hong Sang-soo. Making its Australian premiere at QFF direct from Cannes, Hong’s film is also set in Cannes, starring iconic, Oscar-nominated actress Isabelle Huppert as the titular character who encounters the famous French local and its start-studded film festival for the first time. Seemingly a breezy comedy, beneath Claire’s Camera is a statement of Hong’s belief in the possibilities of film and art.

The director’s Berlinale best actress-winning On the Beach Alone at Night will also screen at QFF 2017. 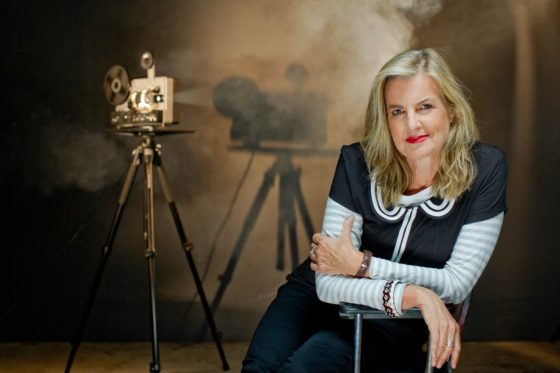 While QFF kicks off with an international treat from a renowned auteur, the festival looks closer to home for its closing feature. Seeing out the 2017 festival is the restoration of Gillian Armstrong’s giddy Australian New Wave musical Starstruck, with the legendary Australian filmmaker attending QFF to introduce the screening.

Starstruck isn’t the only musical in the festival’s lineup. QFF also features Bruno Dumont’s Jeannette: the Childhood of Joan of Arc, which is both a joy to behold and a deeply serious look at faith. And turning the festival’s final day into an ode to the musical form, a feast of women-directed musicals will screen in the lead up to Starstruck, including unique shorts (Jennifer Reeder’s Blood Below the Skin), a restoration of a disarming mall musical (Chantal Akerman’s Golden Eighties), and an ‘80s-infused mermaid camp cabaret (Agnieszka Smoczyńska’s The Lure).

Continuing to both grow in number and scope, and to champion contemporary filmmaking as a form of artistic expression, the rest of QFF’s 2017 selection jumps from Cannes standouts to Academy Award-nominated cine-essays across its 25 features and 37 shorts. Highlights include Good Time, the Safdie brothers’ propulsive new film with a revelatory performance from Robert Pattinson; Nocturama, Bertrand Bonello’s time-looping terrorist thriller; and I Am Not Your Negro, Raoul Peck’s penetrating Oscar-nominated documentary drawn from James Baldwin’s final study of the Civil Rights movement.

With not only showcasing world cinema to local audiences, but also supporting local talent one of the cornerstones of QFF, the festival is pleased to shine a spotlight on Grace, Who Waits Alone, a deeply personal film by young Brisbane-based director Georgia Temple. The session will also screen short film Leisure by fellow Brisbane artist Mia Forrest, while 16 other Australian shorts from emerging filmmakers are included in QFF’s themed short compilations. In addition, local contemporary artist Caitlin Franzmann produced the festival’s key art, and Karen Pearlman will host a free masterclass on editing.

In a new initiative for 2017, QFF is proud to begin collaborating with the Gallery of Modern Art, with the two organisations hosting mini-retrospective The Gothic Fantasies of Juraj Herz. The four-film strand focuses on the work of a Czech filmmaker who turned from making surreal black comedies (The Cremator) to surreal fantasy films (Oil Lamps, Morgiana, Beauty and the Beast) after the 1968 Soviet invasion drew the Prague Spring to a close.

Plus, for cinephiles keen to start their festival-going early, QFF will host Half-Moon, a free nature-themed screening of short films on June 24 at the Karawatha Forest Discovery Centre, featuring Ben River’s acclaimed look at the Anthropocene, I Know Where I’m Going; local filmmaker Audrey Lam’s A River Twice; and Brouillard, Lunar Almanac, and The Wold Shadow.

Another free screening of shorts, Historical Bodies, takes place during the festival, and will anchor a day devoted to ecstasy — with its last short, João Pedro Rodrigues’ The Kings Body, setting up his latest mesmerising, internationally acclaimed feature The Ornithologist. They’ll be followed by discussion panel The Ecstasy of Editing, as presented with the Australian Screen Editor’s guild and the ARC Centre of Excellence for the History of Emotions (including a free screening of another ecstatic film, Natpwe: the Feast of the Spirits), before the day culminates with gobsmacking Mexican pyrotechnic documentary Brimstone & Glory.

A further thematically linked day within QFF’s 2017 lineup looks at power, circulation and sex with the acclaimed The Human Surge, the Romany hustlers of Brothers of the Night and the candy-coloured kink of Sion Sono’s Antiporno.

QFF’s 2017 expansion stems from the overwhelming response to last year’s program, and to the festival’s existence to date, co-directors John Edmond and Huw Walmsley-Evans note. “Enthusiastic community support from both the general public and our partners has ensured that we could increase the number of screenings, and has allowed us to screen important, rare films at New Farm Cinemas, GoMA, and IMA that the Brisbane public should be able to see,” says Walmsley-Evans.

“Festivals are where films find context,” Edmond adds, speaking of the role that QFF plays in Brisbane’s cinema scene. “They should not just offer a random collection of good films, but develop relationships between the films, and then between films and their audience. We’ve found Brisbane has really responded to this considered, personal touch, and this gives the festival energy.”