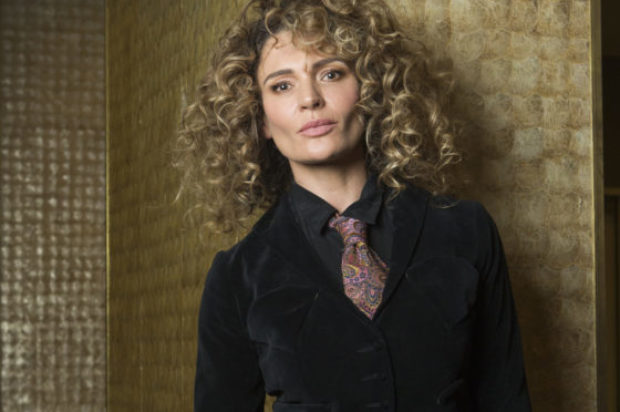 The award-winning and cult Australian hit Jasper Jones, David Williamson’s new world premiere Nearer the Gods and the edgy underworld of Hedda are set to continue the successes the Company has built over the last year, and with them, come a heavy dose of star power.

Season tickets sales have already surpassed 2017 levels and targets for the whole of 2018 were exceeded before the end of the 1st quarter. “My advice for Season 2018 is don’t wait,” said Sam Strong, Queensland Theatre’s Artistic Director. “Because with the calibre of plays and artists lined up, shows will absolutely sell out.” And he’s right.

After sell-out seasons of Nakkiah Lui’s Black is the New White and classic The 39 Steps, the next production, Twelfth Night with original music by Tim Finn and directed by Strong, looks set to break box-office records with the opening night this week reaching capacity within 24 hours of being released.

The Longest Minute, a world premiere about the epic 2015 Rugby League grand final between the North Queensland Cowboys and the Brisbane Broncos begins its season in Cairns this week, while the much-anticipated co-production with Malthouse Theatre Good Muslim Boy has already extended months ahead with three more powerhouse shows are on sale.

Jasper Jones: 28 July to 18 August
Based on the novel by Craig Silvey. Adapted by Kate Mulvany
A restaging of the Melbourne Theatre Company production
Craig Silvey’s story has captured the nation’s imagination like few before it: a best-selling novel that has become a contemporary classic, a theatrical adaptation that has created three different sell-out productions, and most recently an acclaimed feature film. It’s been so successful because it completely transports us into the shoes of its teenage heroes while taking us back to a time when the nation was also coming of age. Kate Mulvany’s award-winning adaptation renders the book in all its dimensions, from the gripping whodunnit to the triumphant country cricket game. Anna Cordingley’s Helpmann Award-winning design unforgettably puts the Australian landscape (not to mention an entire country town) on stage. Nearer the Gods: 6 October to 3 November
By David Williamson
David Williamson has one of Australia’s preeminent storytellers for close to half a century. This is because he has an amazing ability to put his finger on the zeitgeist – to know exactly what stories need to be told right now. Here, he crafts a riveting drama-of-ideas out of a turning point in the history of science. David zooms in on the relationship between Edmund Halley and Isaac Newton, and the struggle to publish theories that would change the world. Nearer the Gods is an urgent World Premiere about how even the noblest of ideas are at the mercy of politics and ego. The all-star cast includes Matthew Backer (Switzerland), William McInnes (SeaChange, Time of our Lives) and Rhys Muldoon (House Husbands).

Hedda: 10 November to 8 December
A re-imagining of Ibsen’s Hedda Gabler by Melissa Bubnic
Hedda showcases a triumvirate of incredibly talented women. Wentworth’s Danielle Cormack is an actor with the power and sense of danger you need to tackle one of drama’s greatest heroines. Playwright Melissa Bubnic has the wicked turn of phrase and pitch black humour to wrench a 19th century classic into the here and now. And director Paige Rattray has an ability to unleash performances that become seared into memory. Throw in a poolside set and a stellar cast, and Hedda promises to be the must see event of Brisbane in 2018.