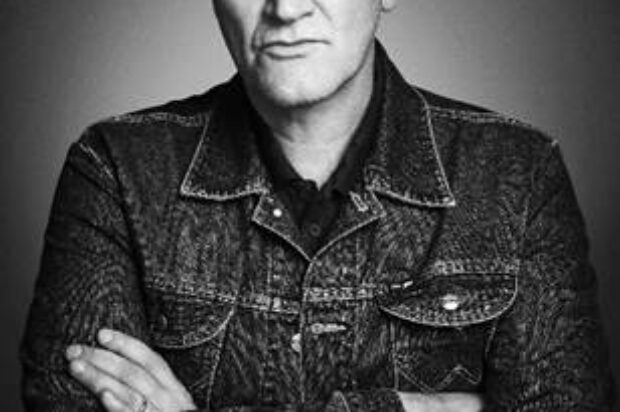 Academy Award-winning filmmaker Quentin Tarantino has signed a two-book deal with Weidenfeld & Nicolson, an imprint of Orion Publishing Group, which will be published in Australia by Hachette Australia. Tarantino’s first work of fiction, Once Upon a Time in Hollywood, will be published in July 2021. The novel is based on his Oscar-winning film, which received ten Academy Award nominations.

Once Upon a Time in Hollywood will amplify Tarantino’s original award-winning vision, while also offering a fresh, playful and shocking departure from the film. The novel will chart the lives of Tarantino’s protagonists – TV actor Rick Dalton and his stunt double Cliff Booth – both forward and backward in time.

‘In the seventies movie novelisations were the first adult books I grew up reading,’ says Tarantino. ‘And to this day I have a tremendous amount of affection for the genre. So as a movie-novelisation aficionado, I’m proud to announce Once Upon a Time in Hollywood as my contribution to this often marginalised, yet beloved sub-genre in literature. I’m also thrilled to further explore my characters and their world in a literary endeavour that can (hopefully) sit alongside its cinematic counterpart.’

Publisher Emad Akhtar, who acquired UK & Commonwealth rights from William Morris Endeavor UK says, ‘I’m sure I’m not alone in having wondered what a Tarantino novel would be like – and the result is something that feels ground-breaking and hugely entertaining in the way only he knows how to be. It expands the world of the movie, broadening out into the era while delving deeper into the characters and the author’s mind. It’s an unforgettable experience to have a private viewing of iconic new Tarantino scenes, a special concoction which his fans the world over will love. This is a hugely exciting new direction in the singular journey of one of the all-time great storytellers.’

Tarantino’s second work will be a book of nonfiction, Cinema Speculation. He has often cited film critic Pauline Kael as a literary hero and over the years has teased a career pivot toward film-writing. The long-awaited result is a deep dive into the movies of the 1970’s. The book will be a rich mix of essays, reviews, personal writing, and tantalizing ‘what if’s’, from one of cinema’s most celebrated filmmakers, and its most devoted fan.