Gigs interviews Music Raised By Eagles tours by Caroline Russo | on June 6, 2015 | 0 comments | in Interviews | Like it 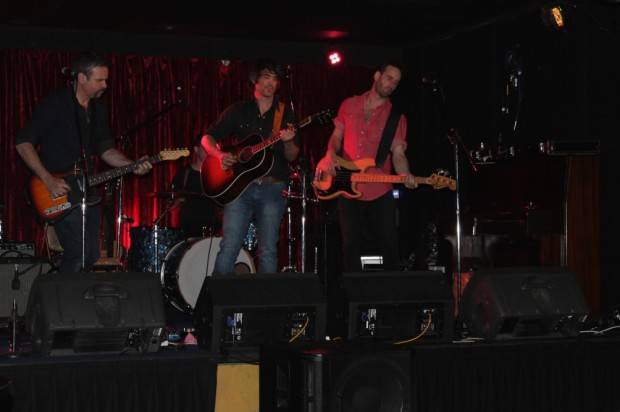 This quirky Melbourne band finished up their final gig for their ‘Diamonds in the Bloodstream’ tour in Brisbane last Friday night (29th of May) after touring Sydney and Melbourne respectively. Raised by Eagles (RBE) consists of founder singer-songwriter Luke Sinclair along with his bandmates Luke Richardson (bass), Nick O’Mara (lead guitar) and Johnny Gibson (drums). 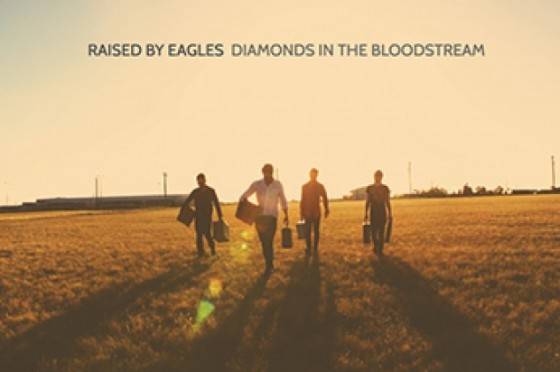 From the lads relatively humble beginnings; they have earned themselves great respect in the Australian music industry, thanks to their catchy aussie rock and roll sound and easy-going stage presence. Diamond in the Bloodstream features eight superb and vastly diverse tracks which will have you tapping your feet and swaying your hips along to.

Luke Sinclair says one of the biggest inspirations for their Diamonds in the Bloodstream was where it all began, Melbourne.

“Melbourne was definitely one of RBE’s biggest inspirations for this album, as well as our friends and their music and 1970’s country rock and roll.”

Standout tracks from the album include ‘Jackie’ –one which Luke himself is most proud of. For RBE, ‘Sugar Cane’ is also particularly special as it “it encapsulates that unique Australian stillness, which I think is a beautiful way to describe it”, Luke said in an interview with HushHush.

“Locally, we have many music influences as Melbourne’s musical landscape is amazing and has a thriving alt. country/Americana scene, so that community has been incredibly inspirational to us.”

“In a broader, historical sense the list is very long. A quick snapshot would include: Wilco, Warren Zevon, Bob Dylan, Bruce Springsteen, Neil Young, The Rolling stones…the list goes on!”

When asked how he would describe the bands music people, Luke answered with strong sentiment.

“I would say it has heart and grit. That it looks you straight in the eye. It’s honest, unpretentious and unaffected by the smoke and mirrors of music in the post-modern era.”

What’s next for Raised by Eagles as the Diamonds in the Bloodstream tour draws to a close you might ask? Well, first on the agenda for the lads is enjoying the success of it.

“We want to capitalize on the success of this East Coast tour and be able to smile thinking back on it…and most importantly, catch up on sleep.”

“In terms of long term, I’d like to always have something to say, to make more records, sell more records and to always improve”.

For more information about Raised by Eagle’s new album Diamond in the Bloodstream visit their website raisedbyeagles.com or visit their Facebook page