dogs that heal heroes retreats for kids youth in trouble youth program by Caroline Russo | on October 7, 2018 | 0 comments | in Film Release & Reviews | Like it Real stories are always films that the public are keen to look at, and new film documentary of “Backstage Boys” has to be one of the most heartfelt stories that hits a cord and gives you a reach of compassion for what this film is targeted to with the troubled youth which in today society there are many.

In the town of NSW Armidale is one very dedicated man Bernie Shakeshaft who runs a youth program. The story centres on the lives of three troubled lads, where Bernie retreat is there to help get them back on track with their lives through getting them in touch with nature and teaming them up with mans best friend the dogs, that here are so holistic to the story and journey in knowing their truth here of what goes down when kids go offtrack. In a quote from Bernie he says “It’s a place where the kids can feel safe, continue their education, but most importantly it’s where they learn to support each other and pursue their dreams” 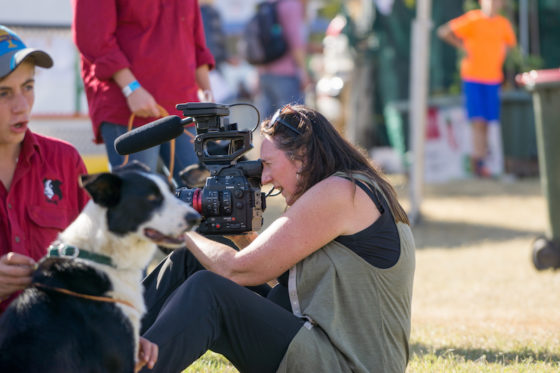 Filmmaker Catherine Scott has spent over 2 years on this project, and has also produced and directed this inspiring story. It must have been so hard to manage at times the areas that she was filming as to the factors of what she was seeing as there is so much emotion and admiration for all involved in the film process and the magnificent shooting she has captured of this film.

This is a must see film and one that requires a few hankies. There are a few heroes in this world that make good and sacrifice a lot to give pathways and you see it here. It has all ready been seen in Sydney Film Festival with standing ovation, and it will be released in selected cinemas on OCT 25TH national.

MUST SEE Applause all the way.