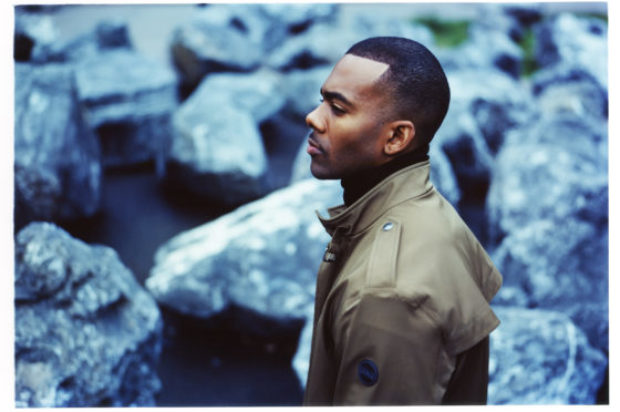 Australia’s largest independent touring companies Illusive Presents and Frontier Touring have once again joined forces with Australia’s biggest radio network The Hit Network* to bring back the event of the year. After successfully launching on air in 2015, the RNB Fridays radio show is now the Hit Network’s most listened-to day on air** across its 43 stations nationwide and features the best RNB hits from the ‘90s all the way through to today. In 2016, RNB Fridays Live launched to an absolute frenzy – with every one of the 50,000 available tickets snapped up in a matter of seconds. Fans packed arenas across five cities to experience the biggest RNB party in Australian history, with Melbourne, Brisbane and Adelaide events even breaking their respective long-standing venue records for highest attendance. Fans were treated to over five hours of non-stop classics, with most fans witnessing many of these artists in the flesh for the first time. In 2017, the party continues on with another round of musical royalty gracing the stage nationwide, performing all their crowd favourites and timeless anthems. Introducingthe class of 2017:

· Selling over 8 million albums worldwide, RNB Fridays Live 2017 welcomes British superstar Craig David. Rising to stardom in his teens with his debut album Born To Do It earning multi-platinum status, the Grammy nominated singer-songwriter will bring his DJ house party extravaganza Craig David Presents TS5 to Australia for the first time! The exhilarating live DJ and vocal set up has been performed across the globe at some of the world’s biggest parties including Glastonbury, Wireless Festival, Ibiza Rocks and London’s iconic O2. David will bring all the ‘flava’ to the stage with his iconic tunes including the likes of ‘7 Days’, ‘Walking Away’, ‘What’s Your Flava’ and ‘Re-rewind’.

· 2017 is the Year of the Gentleman, the ‘One In A Million’ Ne-Yo will be heading Down Under for RNB Fridays Live 2017. One of the most sophisticated and sought-after songwriters in the industry, Ne-Yo has collaborated with acts like ScHoolboy Q, T.I, Juicy J, Calvin Harris and Wiz Khalifa. Ne-Yo will treat audiences to his sexy and smooth tunes like ‘So Sick’, ‘Miss Independent’, ‘Closer’ and ‘Let Me Love You’ plus recent party anthem, ‘Time Of Our Lives’ feat. Pitbull. Ne-Yo comes equipped with a full live band for his exclusive set at RNB Fridays Live and no doubt, with a few surprises up his sleeve!

· Grammy-winning reggae aficionado Sean Paul and his full live band will be bringing his swag of jams performing with full live band, ‘No Lie’. The perfect blend of Paul’s distinctive voice, hypnotic rhythms and first class production is showcased in hits ‘Breathe’ featuring Blu Cantrell, ‘Temperature’, ‘Gimme The Light’ and ‘Get Busy’ plus the latest #1 hit ‘Rockabye’. The multi-platinum selling, Jamaican native is guaranteed to make your ‘Body’ move!

· Fresh off hosting The Voice Australia and ready to wow audiences with her own catalogue, RNB royalty Kelly Rowland is joining the party for RNB Fridays Live 2017. Debuting in one of the world’s best-selling girl groups of all time, Destiny’s Child, Rowland excelled in her solo career with international top-ten hit ‘Stole’ as well as featuring on David Guetta’s number-one dance hit ‘When Love Takes Over’ and RNB Fridays alumni Nelly’s crowd favourite ‘Dilemma’. Rowland told y’all she was gonna bump ‘Like This’, best get to ‘Work’!

· The reason behind all the boys in the yard, Kelis is joining the jam-packed list of RNB royalty. From her Grammy-nominated mega hit ‘Milkshake’, to sizzling, sassy anthems like ‘Millionaire’, ‘Trick Me’ and latest release ‘Who’s Lovin’ You’, Kelis needs no apology for being ‘Bossy’.

· Selling over 20 million records worldwide and ranked as one of the most successful groups of all time, En Vogue will join the RNB Fridays Live 2017 line-up to treat audiences to mega hits including ‘Don’t Let Go’, ‘My Lovin’ (You’re Never Gonna Get It) and ‘Hold On’.

· Thinking ‘I Need More’? Look no further! Mario will be joining the line-up of prodigious RNB icons this October. Staying hot on our radar since 2002s breakout hit ‘Just A Friend’ to the ultra-smooth, award winning single ‘Let Me Love You’ and soul smashing ‘How Do I Breathe’ to recently setting airwaves alight on legendary Australian hip hop group Bliss n Eso’s ‘Believe’, the Baltimore singer will be bringing his best moves, it’s time to Step Up.

· If that’s not enough to make you want to ‘Dip It Low’, Christina Milian will be heading Down Under to keep the party pumping with her sumptuous, cool and suitably stylish RNB hits ‘When You Look At Me’, ‘Whatever You Want’ and ‘Say I’.

· Perfecting the line-up will be the names and voices behind some of the biggest tracks in contemporary RNB: Monifah (‘Touch It’), Ruff Endz (‘No More’) and what RNB Fridays Live 2017 would be complete without icon Fatman Scoop (‘Be Faithful’) he’ll not only be appearing as an alumni performer, but will be our very special host across all shows.

· The fun doesn’t end there. In between these massive live performances, Australia’s #1 RNB DJ, DJ Horizon will be spinning all the biggest RNB and Hip Hop hits that you know and love! The anthems will be pumping from the moment doors open until the last person drops the mic. 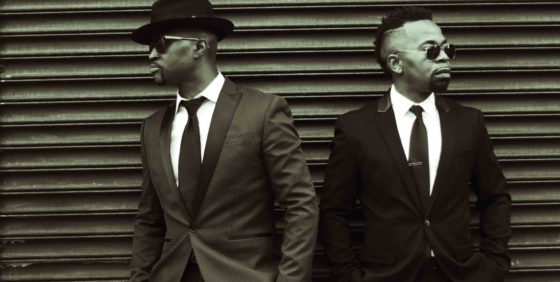 RNB Fridays Live 2017 will bring state of the art production and stage design making this concert series a glorious 6 hour certified concert spectacular! This is your ONLY chance in Sydney, Perth, Adelaide, Melbourne and Brisbane to see all these massive acts perform live on one stage – this line up is 100% exclusive to RNB Fridays Live 2017 – do not miss out!

Tickets start from only $99.90 with Gold and Premium options available. Tickets are on sale Thursday 10 August and if last year is anything to go by, they won’t last long! This is the biggest party of 2017; make sure you’re a part of it!

To tide you over until the party starts this October, listen to this epic line-up in playlist form here.